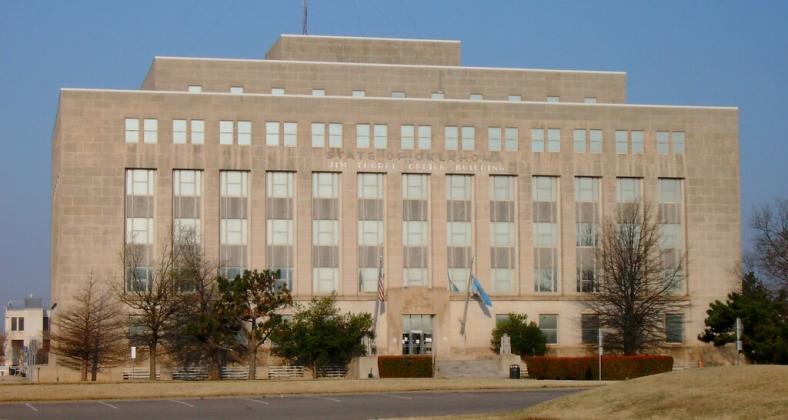 Oklahoma Corporation Commissioners were told that technology advancements made by the agency in the past five years will prevent a “nightmare” when the commission and other agencies will be relocated in March due to a multi-million dollar remodeling of the Jim Thorpe building at the state capitol.

Brandy Wreath, Director of Administration for the commission recently updated commissioners on preparations for the move from the Jim Thorpe building to a yet-to-be-announced temporary site.

“We’re in a good place. If this had happened 5 years ago, it would have been a nightmare,” said Wreath. “Our modernization efforts will make this a lot less painful.”

He told commissioners that most of the agency’s divisions are paperless and work is underway to scan documents in those divisions that still rely on paper.

Most agency employees use soft phones which means land-line connections won’t be critical once the relocation is made.

“We could leave the building Friday and set up Monday and not have any issues,” added Wreath.

Plans call for the commission to make the relocation by the end of March, otherwise the bond issue would be affected.

“Frankly, I don’t want to delay it,” said Wreath who explained the search for a temporary site to house the agency offices is still underway.

“I want to find a place where we can move out and employees are safe and we don’t have to worry about environmental concerns.”

Wreath said talks are underway to move to a state-owned building which would also have space for a courtroom where the Corporation Commission can hold public hearings. But he did not reveal the location of the proposed site.

“Our concern over the courtroom has been fixed,” he said. “We’re not as worried as we were.”

The commission might also not have to pay for network upgrades or Wi-fi furnishings for the move into the structure he mentioned.

“All of the options we’ve heard so far are not going to require a pickup on Friday and start on Monday—that’s the beautiful thing. This is going to be an orderly transition.”

Workers who will carry out the $70 million renovation agreed to temporarily delay some of the work that might expose asbestos existent in the building that was constructed in 1938.

The Corporation Commission is the largest tenant in the structure. Other agencies located there include the Department of Public Safety, the American Legion, the Arts Council, the OMES Training Center, storage for the Attorney General’s Office, the State Election Board, which has offices in the State Capitol and in the Jim Thorpe Building, plus a vending and snack bar.