Gasoline prices drop in Oklahoma and US 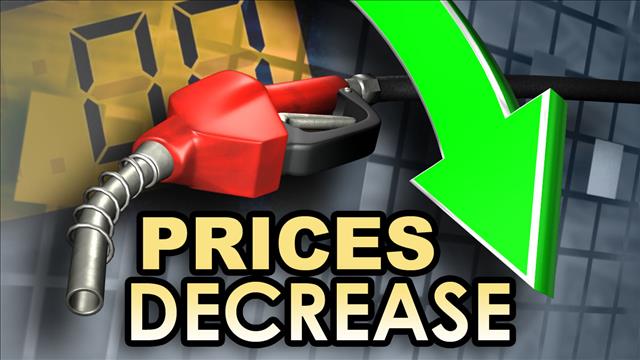 Gasoline prices are slowly falling, reaching a new average of $4.50 this week in Oklahoma and $4.80 a gallon nationwide, according to the American Automobile Association.

The national average is four cents less than a month ago and $1.67 more than a year ago. It is also 8 cents lower than one week ago.

Oklahoma’s average is 6 cents cheaper than one week ago and compares to $4.43 a month ago and $2.83 one year earlier. Why the drop in prices?

AAA said the primary reason for the decline is lower demand at the pump as fewer people fueled up over the past two weeks. The lull, however, could end with the arrival of the summer driving season.

“Domestic gasoline demand dipped recently, which took some of the pressure off of pump prices. About 80% of stations are now selling regular for under $5 a gallon,” said Andrew Gross, AAA spokesperson. “But July is typically the heaviest month for demand as more Americans hit the road, so this trend of easing prices could be short-lived.”

Oklahoma City drivers are paying an average $4.52 per gallon, 8 cents lower than a week ago. A month ago the Oklahoma City average was $4.44 and a year ago drivers paid $2.71 per gallon.

Tulsa’s average this week is $4.32, a dime cheaper than last week and only a penny lower than a month ago. One year ago, drivers in Tulsa paid $2.75 on average.

Only two counties in Oklahoma have averages higher than $5. Coal County in the southeast is $5.04 while Ellis County in the northwest has an average of $5.02. Harmon County’s average is $4.89 while prices in Logan County average $4.81.