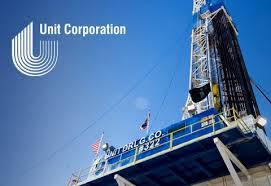 The significant gain in crude oil prices prompted Tulsa’s Unit Corporation to call off its previously-announced effort to sell all of its oil and gas properties and reserves.

The company announced Friday that as a result, it ended its engagement with Tudor, Pickering, Holt & Co. as advisor for the sales effort.

The reason? Unit said it was “primarily based on significant increase in the price of oil, natural gas, and natural gas liquids.” That and the “factors created by general volatility in the market. “The board’s decision to end the Company’s engagement with TPH reflects the opportunities created by increased oil and natural gas prices and its conviction that the Company can create more shareholder value by operating the properties,” said Philip B. Smith, the company’s Chairman and Chief Executive Officer.

“Our confidence in the Company and commitment to optimizing shareholder returns is further reflected in the board’s decision to expand our stock repurchase program for a second time,” he added.
“Additionally, the board expressed its desire to return value to shareholders in the form of future distributions when it thinks the time is appropriate.”
During the process, Unit entered into an agreement to sell its Gulf Coast oil and gas properties for $56 million, subject to customary adjustments. That agreement is set to close on July 1, 2022, meaning the sale is move ahead.
Unit said it will continue to evaluate acquisition and divestiture opportunities in the ordinary course of business.
It was also announced that the board has authorized the company to increase from $50 million to $100 million the aggregate value of shares of common stock that the firm may repurchase under its stock repurchase program initially announced on July 13, 2021 and increased on October 8, 2021.
Repurchases will continue to be made from time to time at the company’s discretion through open market purchases, privately negotiated transactions, or other available means. Unit said it intends to fund repurchases from available liquidity. The company has no obligation to repurchase any additional shares under the repurchase program and may suspend or discontinue it any time without prior notice. To date, the company has repurchased 1,271,963 shares for approximately $41 million under the repurchase program.
Source: Unit press release