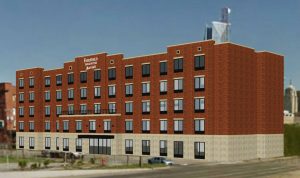 An Oklahoma City federal judge hearing the legal fight over construction of a Fairfield Inn Hotel in downtown Oklahoma City has approved a request to transfer the lawsuit to the Western District of Arkansas where the contractor is headquartered.

The suit was filed when a dispute arose in 2018 after CR Crawford claimed additional construction payments were due under the contraction. CR Crawford suspended its construction work on the hotel and filed a Material and Mechanic’s Lien statement against the hotel property in the amount of $1,310,243.

CR Crawford filed suit in Arkansas against Anish Hotels and Anish Hotels responded with its own lawsuit in Oklahoma. In his ruling, Judge Goodwin determined “the balance of public and private interests weighs in favor of transfer of this action to the Western District of Arkansas.”