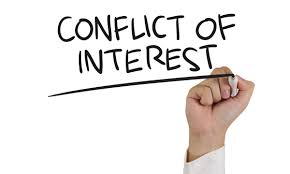 The New Mexico State Land Commission is calling for a state attorney general’s investigation of regulators and Hilcorp Energy Co. of Texas.

Dunn pointed out that commissioner Heather Riley once worked for WPX Energy and Ken McQueen, secretary of the Energy, Minerals and Natural Resources Department had worked there as well.

WPX Energy sold its assets in recent years to Logos Operating, which the State Land Office said is party to Hilcorp’s proposal.

And the State Land Office said Logos Operating stands to benefit from the move, which Dunn, a Libertarian, opposed.

“The land commissioner is clearly desperate to try and score political points as he leaves office and is throwing every outrageous idea against the wall in order to see what sticks,” he said.

Environmental groups have opposed the move to double the number of wells allowed in the San Juan Basin’s Blanco-Mesaverde gas pool.

Previously, four wells were allowed per 320-acre tract of the Blanco-Mesaverde. The signed order allows eight.

Dunn argued the commission rushed the proposal at the expense of land owners and the environment to get it through before a new Democratic administration takes office on Jan. 1.

But proponents argued the move is a win for economic development in a historically poor corner of the state.