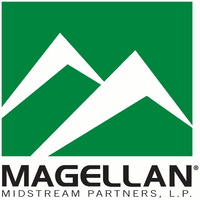 Some of the gain is credited to the company’s $353.8 million sale of its part ownership in the BridgeTex Pipeline Company, LLC.

Distributable cash flow came to $281.8 million for the quarter, up from the $235.2 million reported a year earlier. It also resulted in increased diluted net income which amounted to $2.60 per unit in the third quarter 2018 compared to 87-cents in the third quarter of 2017.

The company’s operating margin for its refined products was $214.7 million which was a nearly $41 million increase.

Transportation and terminals revenue increased $11.0 million driven by higher shipments from strong demand for refined products in large part due to higher distillate demand in crude oil production regions served by the partnership.

Operating expenses decreased $6.4 million primarily due to more favorable product overages (which reduce operating expenses), partially offset by higher property taxes from a favorable adjustment in the 2017 period and more integrity spending in the current year.

Crude oil operating margin was $153.9 million, an increase of $38.1 million and a quarterly record for this segment.