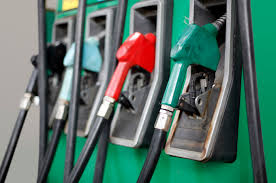 Gasoline prices shot up 18 cents a gallon across the country in the past week, reaching a new national average of $2.61 a gallon.  Prices in Oklahoma average $2.42 a gallon this week, same as last week but still 17 cents higher than a month ago, according to AAA Oklahoma.

Despite the 17-cent jump in the past month for Oklahoma, the state average remains in the top ten states for cheap gasoline. Oklahoma is ranked 9th cheapest.  Texas has the lowest average at $2.36 a gallon while Mississippi, South Carolina and Alabama have averages of $2.37 a gallon. Missouri’s average is $2.38 and the average in Arkansas is $2.39.

“Every motorist in the country is paying more at the pump year-over-year,” said Leslie Gamble with AAA Oklahoma. “At 18 cents, Utah is seeing the smallest increase while California is feeling the biggest at 52 cents compared to the same time last year.”

“Strong demand coupled with steadily rising oil prices means filling up will continue to cost consumers more this month,” explained Gamble. “In fact, the last time the national gas price average was this high, but under $3 a gallon in February was in 2010.”

While gasoline prices are climbing, so are U.S. crude inventories and production. The Energy Information Agency reported inventories grew by 6.8 million barrels a day in the past week. The number of oil rigs is also on the increase.