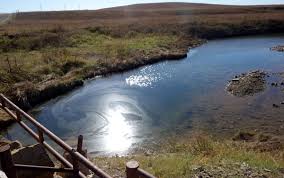 Operators of seven wastewater injection wells in Osage County are being asked to shut down their operations.  Not because of earthquakes like those in areas where a surge of quakes has hit the state.
These operators are being asked by the EPA to close because of the saltwater contamination in Bird Creek, contamination that drew attention of the federal agency and its administrator Scott Pruitt in the past few months.

Investigators for the Region Six offices of the EPA were able to determine the source of the brine contamination that was discovered on the Chapman Ranch and first reported in August of last year.

EPA Regional Six Administrator Sam Coleman told the Tulsa World that chemical testing and water monitoring started at 10 sites in May and seven wells were identified as problem wells.

As a result, the agency is asking the well operators to stop all wastewater injections and perhaps permanently cap the wells.

He also said the EPA technical team will work with the producers as well as the Osage Nation to study a larger area.