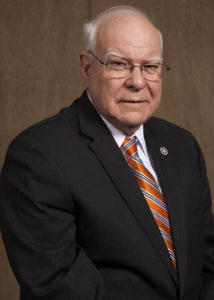 A longtime veteran of the Oklahoma Department of Transportation has retired effective immediately. Gary Ridley, a 48 year ODOT employee, served as secretary of transportation for two governors during his tenure.

“Gary Ridley’s name is synonymous with roads and bridges, in Oklahoma and across the country,” said Mary Fallin, Oklahoma’s Governor. “He has testified to Congress on several occasions, and his input is often sought on Capitol Hill about the challenges facing state transportation officials. He is the primary reason Oklahoma roads and bridges have improved over the past several years instead of deteriorating, as they had for so long due to chronic underfunding of state money.”

Ridley joined ODOT in 1965 as an equipment operator. He advanced through the department, working his way up to maintenance superintendent at Kingfisher in 1970 and traffic superintendent at Perry in 1979. Ridley was promoted to field maintenance manager at Perry in 1983, later advancing to Division Five maintenance engineer at Clinton in 1986. He was promoted to division engineer at Division Five in Clinton in 1995. Ridley was named assistant director for operations in 2001 before serving as ODOT from August 2001 to April 2013. He also was director of the Oklahoma Turnpike Authority from October 2009 to April 2013.

“During Gary’s tenure, the number of bad bridges has been reduced, and safety features, such as life-saving cable barriers, have become common on Oklahoma highways,” said Fallin. “I’m grateful for his expertise, hard work, and, most of all, his counsel. He is among my trusted advisers, and has always has put the needs of Oklahoma and Oklahomans as his first priority.”

Patterson began his career with ODOT as deputy comptroller in 1980. He served as comptroller for 15 years prior to being named as the agency’s deputy director and chief financial officer. Patterson was appointed as ODOT’s executive director in 2013.