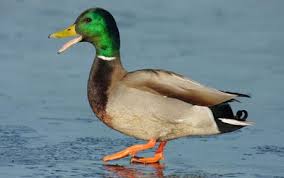 The State House this week voted to pass a gross production tax bill. House Bill 2449 passed on a 54-44 vote while Republicans said it did not require 76 votes because it technically was not a revenue-raising bill.

Instead Rep. Kevin Wallace, R-Wellston, contended it was simply a “change in the incentive rates”, bumping it from the current one-percent to four percent. The move, he said would affect 5,790 wells drilled between July 2011 and July 2015.

When she heard Wallace call it a change in the incentive rate, Rep. Emily Virgin, a Democrat from Norman quipped, “I’m sure the Supreme Court will have fun with that explanation.” She and other Democrats said they will challenge the measure in court and called it “another stop-gap measure.”

He explained that some of the affected wells, those with a 3-year gross production tax incentive will soon be off the 3-year term, some as early as next month. They will then be paying the full 7 percent GPT.

“That’s a 300% increase in the incentive,” said Wallace. “It will raise nearly $74 million dollars.”

But the debate also focused on the constitutionality of whether it truly is a revenue raising bill or merely an “incentive” as Wallace claimed. During debate, Rep. Virgin said it will be challenged in court and clearly, in her opinion, was a violation of the state constitution.

“We are guaranteeing that this budget will be challenged in court and then we will be back in September or October to try and fix it,” she said.

She said a section of the constitution states revenue bills cannot be heard in the last 5 days of the legislative session.

Listen to the debate offered by Representatives Walke and Virgin.