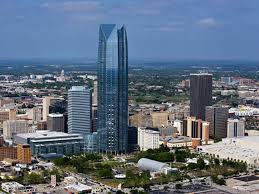 The Pump House spacing pilot tested a seven-well pattern across a single-section interval in the upper Meramec. Initial 15-day production rates averaged 2,200 oil-equivalent barrels (Boe) per day per well (55 percent oil) and cost $6 million per well. The Pump House wells were drilled with 4,700-foot laterals and utilized a completion design that deployed 2,200 pounds of proppant per lateral foot across 35 frac stages with perf clusters spaced 25 feet apart. To manage pressure and maximize value, these wells were brought online using an engineered choke management approach starting at a 14/64-inch choke and gradually increasing to a 26/64-inch choke over the initial 15-day period.

The Pump House wells are located in Kingfisher County adjacent to the Born Free pilot and three miles north of the Alma pilot. Production from the two-well Born Free pilot (announced first-quarter 2016) continues to perform exceptionally well, averaging a 120-day rate of 1,400 Boe per day per well. The five-well Alma pilot has achieved a 60-day average rate of 1,300 Boe per day on a per well basis.

“Results from our initial three Meramec spacing tests are outstanding, with flow rates exceeding type-curve expectations and minimal interference between wells,” said Tony Vaughn, chief operating officer. “These positive results indicate the potential for tighter spacing and increased inventory in the core of the over-pressured oil window. We continue to advance several additional Meramec spacing tests that will help us accelerate learnings and further prepare for full-field development in 2017 across our industry-leading position in the STACK.”

To determine the optimal spacing approach for the stacked-pay intervals in the Meramec, the Company is participating in more than 10 additional spacing pilots during the remainder of 2016. The spacing pilots are focused in the over-pressured oil window and are testing up to eight wells in a single Meramec interval and evaluating the joint development of multiple stacked-pay intervals through staggered well pilots. Initial production rates from several of these spacing pilots will occur during the second half of 2016.

The Marmot and Blue Ox wells utilized a larger completion design that deployed 2,600 pounds of proppant per lateral foot across 50 frac stages with perf clusters spaced 30 feet apart. The peak 24-hour rates for these wells were attained with a 28/64 choke.

“These successful extended-reach oil wells help us further understand the optimal development scheme for Devon’s industry-leading STACK position,” said Vaughn. “As we progress to full-field development in 2017, it is our expectation that we will develop the majority of our stacked-pay Meramec position with extended-reach laterals, which will significantly increase rates of return from this world-class reservoir.”

Accelerating Investment in the STACK

As previously announced, Devon is accelerating activity in the STACK play by adding as many as four operated rigs in the second half of 2016. This plan could bring the Company’s operated rig count to as many as six in the STACK by year-end 2016. Due to the increased activity, Devon expects to invest approximately $450 million in the STACK during 2016, an increase of 40 percent from previous guidance. This additional capital investment positions the STACK asset to deliver strong growth in 2017.

Devon Energy is a leading independent energy company engaged in finding and producing oil and natural gas. Based in Oklahoma City and included in the S&P 500, Devon operates in several of the most prolific oil and natural gas plays in the U.S. and Canada with an emphasis on a balanced portfolio. The Company is the second-largest oil producer among North American onshore independents. For more information, please visit www.devonenergy.com.