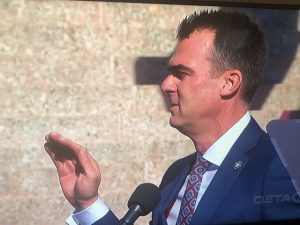 Vowing to fight every day for Oklahomans, Gov. Kevin Stitt was sworn into office for a second term on Monday.

“I will fight every day for YOU,” declared the governor in his inaugural address during ceremonies on the South Steps of the Capitol.

But during his speech, there was no mention of Oklahoma’s energy industry and the challenges it continues to face at the hand of the Biden administration in Washington, D.C. 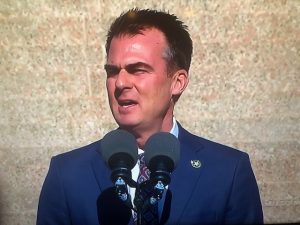 “And friends, I am proud to say that today the American Dream is alive and well right here in Oklahoma,” boasted Gov. Stitt. He spoke of creating the largest savings account in Oklahoma history, giving teachers another pay raise, handing a long overdue pay raise to “brave law enforcement officers,” and made “State government more accountable to the taxpayer.”

During his speech, the governor reminded Oklahomans that during the 2020 COVID pandemic, Oklahoma did not put its constitution in the attack.

“Because when other states shut down; Oklahoma chose freedom and personal responsibility. We led with both courage and compassion; and we did not surrender our citizens to groupthink.”

But House Democratic leader Cyndi Munson of Oklahoma City didn’t think much of the address, pointing out that Stitt’s first term did little to move the state forward.

“Gov. Stitt also implied that our state was one of the best for business relocation,” said Munson. 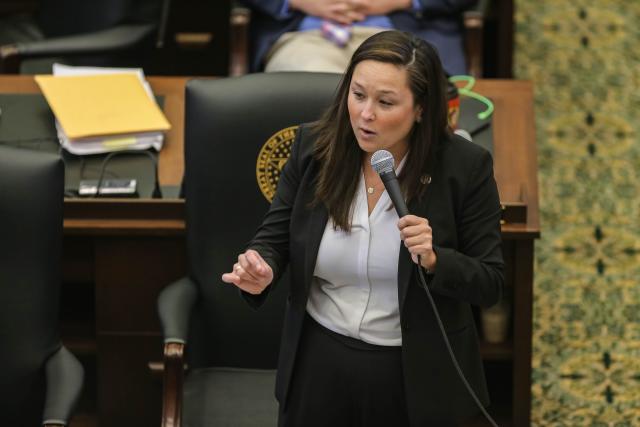 “21% of Oklahoma children live in poverty. 65% of Oklahoma’s population doesn’t have access to childcare. We have one of the strictest abortion bans in the country. As we saw just last year with the Panasonic deal, businesses are choosing not to move here. Until we take action to ensure that all Oklahomans have access to a strong public education, affordable healthcare, good paying jobs, and are treated with dignity, then we will be closed for business.”