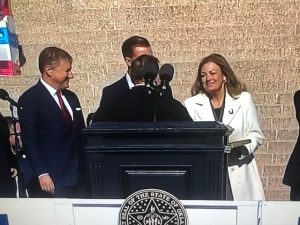 It’s down to work for Oklahoma’s newest Oklahoma Corporation Commissioner.

Former State Sen. Kim David was sworn into office on Monday during inauguration ceremonies on the steps of the State Capitol, taking her oath of office along with three other state-wide elected officials. Incoming Chief Justice John Kane IV administered the oath of office during the ceremonies held on a sunny Monday morning. 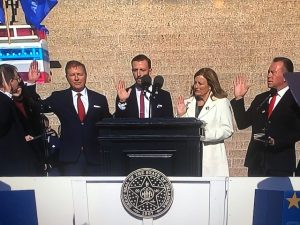 David was elected last November to the Corporation Commission, succeeding Dana Murphy. She previously was in the State Senate, representing the 18th district of eastern Oklahoma from 2010 to 2022. She was also the Senate Majority Floor leader from 2019 to 2021.