Moving up the corporate ladder at Alliance Resource Partners 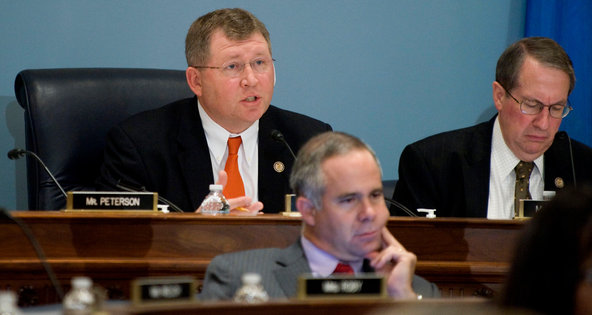 Oklahoma congressman Frank Lucas raised questions about why the Inspector General at the Energy Department is underfunded.

As Ranking member of the House Science, Space and Technology Committee, he and Texas Republican Rep. Randy Weber, who is also on the committee, sent a letter to the Appropriations Subcommittee on Energy and Water Development. The two expressed concerns about the current funding levels for the Department of Energy’s Office of the Inspector General.

They pointed out that of the $62 billion appropriated for DOE under the Infrastructure Investment and Jobs Act, only .1% was given to OIG to oversee the use of this massive infusion of taxpayer dollars.

“The OIG plays a crucial role in the Department’s research and development enterprise by promoting efficiency of its operations, detecting fraud and abuse in its programs, and safeguarding the Department’s information networks,” wrote Reps. Lucas and Weber.

“The lack of support for the OIG is especially alarming given the substantial funding these recent laws appropriated to programs that have been identified as vulnerable to waste, mismanagement, and political influence in the past.”

The two congressmen didn’t come out directly and suggest the reason for the low funding was to avoid the IG uncovering any fraud and abuse, but their message was clear.

“To maximize the value of taxpayer investment in the next generation of energy technologies and cutting-edge research infrastructure, we must ensure the DOE OIG has the necessary resources to conduct rigorous oversight. We fear that this disproportionate commitment of funding substantially increases the risk of waste, fraud, abuse, and mismanagement for the Department’s research and development programs.”

The Ranking Members urged the Appropriators to support robust funding for the DOE OIG as they consider spending legislation.

“While we must carefully consider funding priorities to rein in ballooning government spending, appropriately funding the OIG provides taxpayers a valuable return on their investment,” they wrote. “According to the Council of the Inspectors General on Integrity and Efficiency, the potential savings to the federal government resulting from OIG activities represent approximately a $22 return on every dollar invested.”