Dallas to ban gasoline lawnmowers? Could be

Shares plunged nearly 18% and closed down $15.34 each or 17.64% to $71.61. The dramatic drop came a day after the firm issued its financial guidance which forecast up to a 9% gain in net income in the next five years.

“We remain focused on executing our business strategy, anchored by system reinforcements and a continued expansion of core capabilities to meet the growing needs of our service territories,” said Robert S. McAnnally, president and chief executive officer. 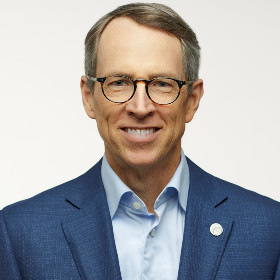 Among the new rates was this week’s Oklahoma Corporation Commission approval of another rate hike for Oklahoma Natural Gas.

Capital investments, including asset removal costs, are expected to be approximately $675 million in 2023, primarily targeted for system integrity and replacement projects. Capital investments for extensions to new customers are expected to be approximately $185 million, primarily as a result of continued growth opportunities in Texas and Oklahoma. The anticipated average rate base for 2023 is $5.15 billion, calculated consistent with utility ratemaking in each jurisdiction.

For the five years ending 2027, capital investments, including asset removal costs, are expected to be in the range of $675 million to $775 million per year, or approximately $3.6 billion for the five-year period, including growth capital of approximately $1.0 billion. The increase in capital supports estimated average rate base growth of 7% to 9% per year through 2027.

Net income is expected to increase by an average of 7% to 9% annually through 2027, with diluted earnings per share of 4% to 6%.

Operating costs over the five years are expected to increase on average approximately 5% per year.

ONE Gas said it expects to settle all outstanding forward equity sales by year-end 2022, with anticipated net proceeds of approximately $94 million. Additionally, the Company estimates total net long-term financing needs for the period 2023 through 2027 of approximately $1.8 billion, of which approximately 35% is expected to be equity.

The company expects to achieve an average annual dividend growth rate of 4% to 6% through 2027, subject to board of directors’ approval, with a target dividend payout ratio of 55% to 65% of net income.