Inhofe and Lankford did not support Manchin’s permitting reform

From Oklahoma’s McClellan-Kerr Navigation system to Sardis Lake to the Tulsa Ports, funds for the projects were included in the Senate approval of the Water Resources Development Act of 2022.

The Act was included in the Fiscal Year 2023 National Defense Authorization Act named in honor of retiring Sen. Jim Inhofe. President Biden is expected to sign the measure into law after the Senate approved it on a vote of 83-11.

“I have always said there are two things we should be doing in Congress: defending our military and rebuilding our infrastructure—which includes our water infrastructure,”Inhofe said.

“With the Senate passage of the NDAA, which included the Water Resources Development Act of 2022, we were able to get both military defense and infrastructure needs provided for. We have proven year after year that we can get things done around here that will benefit Oklahoma and foster economic growth perpetually for our nation, and this year is no different.

The Senator said the bill included a provision to secure the future of Bartlesville’s water supply and to bring major economic development opportunities to the Tulsa Ports. It also included funding to speed up the deepening of the McClellan-Kerr Arkansas River Navigation System to a 12-foot channel which will increase freight capacity by 40%.

Also included in the Act was the modernization of the Tulsa and West-Tulsa Levees System.

In 2016, Bartlesville learned purchasing additional water supply from Hulah and Copan lakes could cost over $100 million over 10 years based on the current pricing structure for purchasing water from the U.S. Army Corps of Engineers’ lakes. Sen. Inhofe secured a provision in the 2018 America’s Water Infrastructure Act that would make it affordable for municipalities, like Bartlesville, to contract with the Corps for water supply. This new provision continues to secure the future of Bartlesville’s water supply to the city’s more than 50,000 people in its tri-county area. It would release the City of Copan from approximately 4,700 acre-feet of water and allow the City of Bartlesville to purchase this water supply at a reduced price, saving the city nearly $10 million. 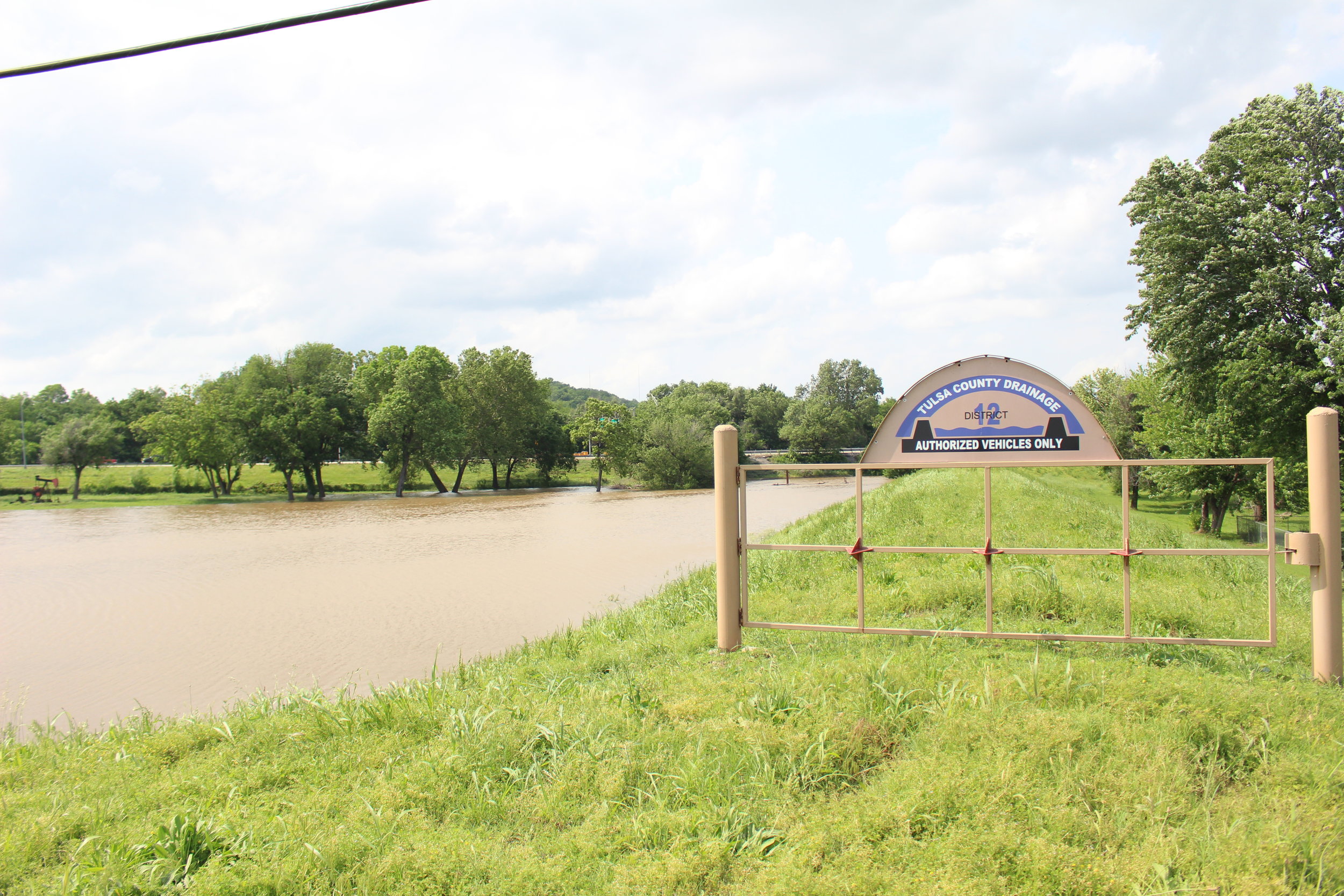 In 2019, Tulsa Ports acquired over 2,200 acres in Rogers County to develop into one of the nation’s largest industrial parks and inland waterway ports. Inhofe’s provision would convey waterfront land owned by the Corps to the Tulsa Ports at the Inola site to enhance fleeting and docking opportunities. This would pave the way for major economic development opportunities for Tulsa Ports and the entire northeastern region of Oklahoma.

This provision prioritizes completing the modernization of the Tulsa and West-Tulsa Levees System. This project was authorized in the 2020 America’s Water Infrastructure Act and was fully funded on January 19, 2022. Expected construction completion will be in 2026.

Inland Waterways Dredge Pilot Program—This provision would facilitate the deepening of the MKARNS to a 12-foot channel by establishing a demonstration program to combine construction with operations and maintenance work for dredging projects on the inland waterways. Sen. Inhofe has recently urged the Corps to prioritize and commit funding for MKARNS deepening.

This provision would clarify the Corps’ cost-share for participating in the Arkansas River Corridor project, which Inhofe authorized in 2007. This is an ecosystem restoration, recreation and flood damage reduction project which would mitigate extreme flow variability resulting from the operations of Keystone Dam. The project would provide ‘water in the river’ during low flow conditions and between hydropower generation periods when Keystone Dam releases are off.

This provision urges the Corps to consider the economic benefits of development and recreation activities at rural lakes in Oklahoma.

This provision transfers approximately 247 acres of land at Sardis Lake, Oklahoma to the Secretary of Interior to be held in trust for the benefit of the Choctaw Nation for future economic development.

This provision urges the Army Corps of Engineers to use all available authorities to promote and enhance development and recreational opportunities at Corps lakes.