How they stood on the $1.7 trillion spending bill created by Democrats 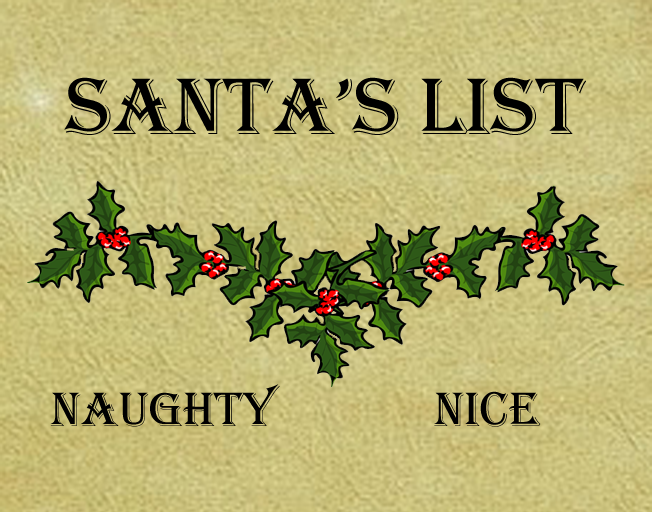 A list of “naughty” and “nice” for Christmas—it’s what was drawn up by Congressional observers.

Depending on what you considered to be “naughty” or “nice” Oklahoma members of congress were split in their stands on the massive $1.7 trillion omnibus appropriations bill that funded hundreds of millions of dollars in various energy-related projects for Oklahoma.

For instance, the Committee to Unleash Prosperity released its list under the heading, “1) The Naughty Boys (And Girls) Of The Senate.”

“We shall never forget this act of betrayal and fiscal recklessness. Here is the list of shame,” stated the committee in releasing its list.

Yes, the list includes Sen. Jim Inhofe who voted for the controversial bill while Oklahoma’s other Senator, James Lankford cast a vote against it last week.

Inhofe, with a history of previously voting against some omnibus spending bills, supported this one that included defense spending named after him. He was the only member of the Oklahoma congressional delegation to vote for the bill, drawn up by Democrats.

“While this is not the package Republicans would have written on our own, the $45 billion increase for our troops will make our country more secure. It gives our military the resources needed to take on China, Russia and other looming threats and takes care of our troops and their families. It includes a record number of Oklahoma priorities which gives me some peace as I leave office.”

In the House, Rep. Tom Cole voted against the measure. While he supported many provisions, including an increase in defense spending, he couldn’t bring himself to support the bill.

“— I am disappointed by how a deal was reached on this massive legislation. Crafted mostly by House Democratic leadership and the Senate behind closed doors, this is simply out of regular order. In fact, the Senate did not even pass a single bill out of committee. Had they followed regular order, there certainly might have been more bipartisan support for this package. This is not how elected lawmakers should work for the American people.”

“Drafted behind closed doors and rushed through Congress less than 48 hours before Christmas. These spending levels are entirely unacceptable – especially during a lame duck session when the American people have decisively given the purse strings back to the Republicans. Ramming a bill this large through Congress mere days before Pelosi loses the majority is partisanship at its worst.”

Hern said it’s no wonder the American people have such a low opinion of Congress.

Rep. Frank Lucas was also a “no” vote on the bill.

“The 117th Congress has proven to be the most irresponsible and spendthrift in recent history. Since winning control of the House, Senate, and White House, Speaker Pelosi and Washington Democrats have recklessly spent more than $3 trillion outside of the normal appropriations process. At a time when Americans’ biggest concern is inflation and the amount of spending coming out of Washington, Congress is failing to craft and abide by a responsible fiscal agenda.”
Lucas said the process that created the bill was as deeply disappointing as the end product.
The bill passed on a 225-201 vote. Oklahoma Reps. Stephanie Bice and Markwayne Mullin were also opponents of the measure.
Here’s the statement issued by Congresswoman Bice:
““Instead of working in regular order, Democrats in Congress have sat on their hands, waiting until the last week before Christmas to ram through a massive, 4,155-page government spending bill. With ongoing inflation, now is not the time to drastically increase domestic spending. To make matters worse, this legislation fails to address the numerous issues facing the American people, including the crisis at the southern border. I voted no and strongly oppose this legislation.”
Rep. Mullin, who will soon replace Inhofe in the Senate in the coming weeks, issued a statement too.
“This is House Democrats’ last ditch effort to ram through their radical agenda before they lose power. Americans are suffering, yet this bill reflects their priorities have remained the same. We must be better stewards of taxpayer dollars. I can’t support another reckless spending bill.”
Want to get an idea of what’s included in the more than 4,000 page bill? Click below.