Rig counts increased in Oklahoma and across the U.S. in the past week, indicating there is no letup in the search for more crude oil and natural gas across the nation.

Oklahoma’s count, reported Baker Hughes, grew by one to 70 rigs working across the state. A year ago, the state’s count stood at only 44 working rigs.

Nationally, there was an increase of two rigs to a total of 784 according to the Baker Hughes report. The number of oil rigs grew by four to 627 in the past week while the number of gas-drilling rigs fell two to 155.

The nationwide count is 215 higher than a year ago when the count was 569. In the past year, the rig numbers for oil rigs increased by 160 while those for gas rigs grew by 53.

Texas saw a statewide drop of 3 to 372 rigs while New Mexico added two to reach 105. North Dakota was unchanged at 38 rigs while Louisiana saw its numbers increase by one to 66.

Colorado stayed at 22 while Ohio continued with 13 and Pennsylvania was unchanged at 22. West Virginia saw no change in its count of 17 rigs while Wyoming continued with 24.

The Red Top Rig Report in Kansas said the state’s rig numbers were unchanged at 52. 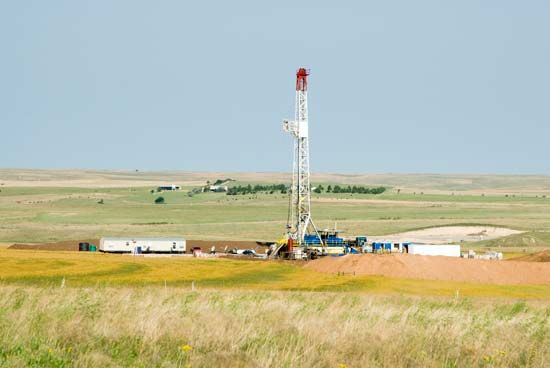 The Permian Basin saw a gain of 3 rigs to 352 total while the Eagle Ford was unchanged at 71. The Haynesville count slipped by one to 69.

The Ardmore Woodford saw no change and continued with 6 rigs while the Arkoma Woodford count fell by one to two. The Cana Woodford numbers grew by one to 29. The Barnett dropped one leaving only two active rigs. the D-J Basin was unchanged at 20 rigs. The Granite Wash was unchanged at 4 and the Marcellus saw no change and stayed at 39 working rigs.

The Mississippi stayed at 2 rigs while the Utica was unchanged at 13 and the Williston remained at 42 rigs.