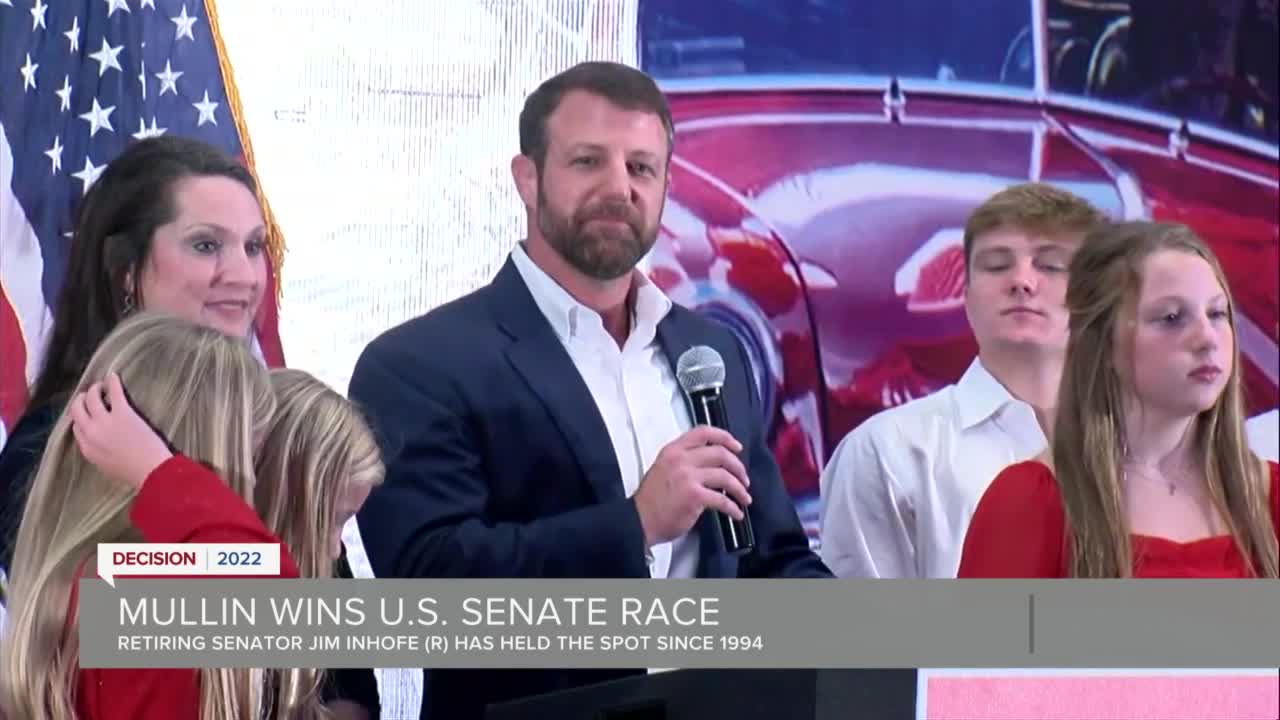 The morning after he won one of the two Oklahoma U.S. Senate races, congressman Markwayne Mulllin declared that energy will be his”number one priority” for inflation purposes.

It’s what he said in a nationally televised interview on “Mornings with Maria Bartiromo” on Fox News. In January, he will join newly re-elected Sen. James Lankford as one of the two Republican Senators in Oklahoma.

“What’s happening right now in Washington, D.C. is they want to pick winners and losers. We can’t have that happen anymore. We have to fight for the American people, for the entrepreneurs—the job creators.”

A critic of President Biden’s executive orders in the President’s war on oil and gas, Mullin called on Congress to visit the courts again to fight those orders.

“Obama coined a phrase—I call on Congress to act, if not, I have a pen and paper. We have to go back and revisit that with the courts and have them decide that we the people in Congress were elected by the people and have final say, not bureaucrats.”

Mullin said it’s imperative that congress must pass legislation and tell the courts, “this is the will of Congress.”

The 2nd District U.S. Representative also said it will take “other senators on the other side of the aisle” to bring down inflation through energy. 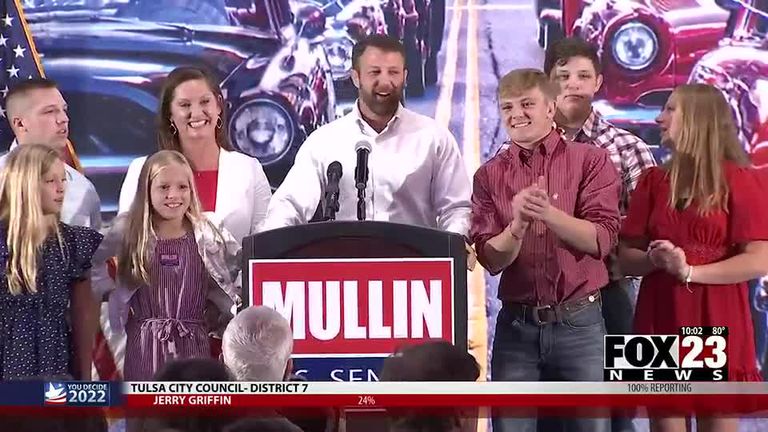 “Without reliable and affordable energy, you can’t have a reliable and affordable economy. We have to tackle the energy issue we’re having across this country and it’s not hard. All we have to do is look back to the way we were two years ago and we can get this inflation under control,” continued Mullin who the Senate seat being surrendered by Jim Inhofe who will retire at the end of the year.

Mullin has previously said the oil and gas industry can survive by being part of the “all of the above” energy effort—combining it with wind and solar power.

In the “Mornings with Maria” interview, he was critical of the Biden administration’s efforts to import oil when it is readily available in the U.S.

“What we have to do is we have to come together and say, ‘is it better for us to ship in dirty crude from the cartels of Saudi Arabia—or produce it right here?'” said Mullin.

He again called on Democrats to hold a “true talk with each other” and say “what’s best for this country?”