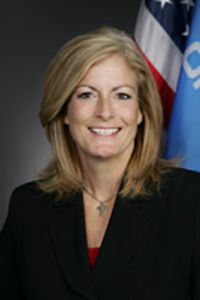 The final results were posted by the Oklahoma Election Board and showed that with 100% of the 1,984 precincts reporting, the Republican candidate received 63.50% of the statewide votes. She defeated Democrat Margaret Warigia Bowman and Independent Don Underwood.

David will take her oath of office on Jan. 9, 2023 along with other elected state leaders during an inauguration held at the state capitol.