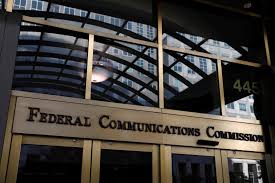 Oklahoma Congressman Frank Lucas thinks the Federal Communications Commission is heading down the wrong path when it comes to interfering with the radio frequencies used by the nation’s weather satellites.

Lucas and Johnson want the FCC to no longer consider a proposal to share the 1675-1680 MHz frequency band with commercial wireless carriers for downlink purposes.

The 1675-1680 MHz band is critical to the National Oceanic and Atmospheric Administration’s collection and dissemination of real-time weather data. This letter comes after the Spectrum Pipeline Reallocation Engineering Study (SPRES), a report prepared by independent scientific experts contracted by NOAA, found that sharing the 1675-1680 MHz band poses significant risks to weather data transmitted by NOAA satellites.

“As the Science, Space, & Technology Committee’s jurisdiction includes oversight of outer space, the atmosphere, and the environment, the Committee seeks to protect and advance the quality of global weather forecasting and satellite-based climate measurements,” said Lucas and Johnson.

“However, we are deeply concerned that these essential services, which are inextricably connected to the safety of people, property, and health, are in peril due to the proposed rule to allocate additional portions of the spectrum designated for these government functions to commercial wireless services. We write to urge you and the Commission to stop consideration of the proposal for sharing the 1675-1680 MHz band for commercial wireless carriers operating in the downlink mode.”

The Committee leaders continued, “We urge FCC to heed the conclusions of the scientific record and formally vacate consideration of sharing the 1675-1680 MHz band for downlink purposes. The SPRES report makes clear that this step is necessary to avoid threats to the critical weather functions performed by NOAA in the band, avoiding property damage and loss of life.”