The third quarter proved to be a successful one for Tulsa-based ONE Gas as it reported net income of $23.7 million or 44 cents a diluted share.

It compared with the $20.3 million or 38 cents a share in the third quarter of last year.

“Our third quarter results demonstrate consistency and our focus on execution,” said Robert S. McAnnally, president and chief executive officer. “Thanks to our employees for their on-going commitment to our customers and the communities we serve.”

During the quarter, ONE Gas executed forward sale agreements of 570,335 shares of common stock. Capital expenditures and asset removal costs were $174.9 million for the third quarter 2022 compared with $144.5 million in the same period last year. The increase was due primarily to expenditures for system integrity and extension of service to new areas. 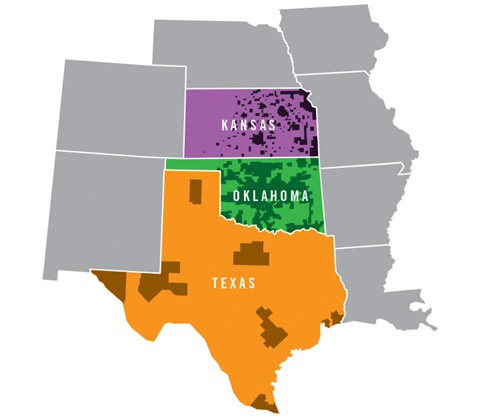 These increases were offset partially by:

For the nine-month 2022 period, other expense, net, increased $5.6 million compared with the same period last year, due primarily to an $11.5 million decrease in the market value of investments associated with nonqualified employee benefit plans, offset partially by a decrease of $5.1 million in net periodic benefit cost other than service cost.

Interest expense increased $5.6 million over the nine-months ended last year, due primarily to interest on commercial paper and the issuance of $300 million of 4.25 percent senior notes in August 2022.

Income tax expense includes a credit for amortization of the regulatory liability associated with EDIT of $12.5 million and $12.2 million for the nine-month periods ended Sept. 30, 2022, and 2021, respectively.

Capital expenditures and asset removal costs were $446.9 million for the nine-month 2022 period compared with $382.9 million in the same period last year. The increase was due primarily to expenditures for system integrity and extension of service to new areas.

The following updates reflect recent activity in Oklahoma, Kansas and Texas related to financing of costs incurred in February 2021 associated with Winter Storm Uri through the issuance of securitization bonds.

On Aug. 25, 2022, the ODFA completed the issuance of $1.35 billion in ratepayer-backed bonds with varying scheduled final maturities over 30 years, consistent with the Oklahoma Corporation Commission (OCC) order. The proceeds received were approximately $1.3 billion, which represents the amount of the securitization bonds sold less issuance costs. Beginning Sept. 1, 2022, Oklahoma Natural Gas is acting as a servicer, with responsibility for collecting the securitization charges from Oklahoma customers that are then submitted to the ODFA to repay the bonds. The collection and remittance of these funds are recorded in other current liabilities in the consolidated balance sheets.

On July 14, 2022, Kansas Gas Service, the Kansas Corporation Commission (KCC) Staff and the Citizens’ Utility Ratepayer Board reached a settlement agreement for the issuance of a financing order allowing securitized utility tariff bonds to be issued in the amount of approximately $328 million plus issuance fees. The agreement provides for the issuance of bonds with a scheduled final maturity of between 7 and 10 years. On Aug. 18, 2022, the KCC issued an order approving the agreement and also issued a financing order. As part of the settlement agreement, the Company created Kansas Gas Service Securitization I, L.L.C. (KGSS-I), a special-purpose, wholly-owned subsidiary of ONE Gas, and filed a registration statement with the Securities and Exchange Commission, for the purpose of issuing securitized bonds.

The Texas Public Finance Authority has begun the process to issue securitized bonds, which are expected to be issued in the fourth quarter of 2022. At Sept. 30, 2022, Texas Gas Service has deferred approximately $246.7 million in extraordinary costs associated with Winter Storm Uri, including $47.8 million attributable to the West Texas service area which is being recovered through a separate surcharge over a three-year period that started in January 2022.

In March 2022, Oklahoma Natural Gas filed its first annual Performance-Based Rate Change (PBRC) application following the general rate case that was approved in November 2021. The filing is for a calendar 2021 test year and includes a requested base rate increase of $19.7 million, an energy efficiency program incentive of $2.3 million and an estimated $9.1 million credit associated with EDIT. The Public Utility Division (PUD) of the OCC filed responsive testimony supporting an increase of $19.6 million, and the Office of the Attorney General filed a statement supporting PUD’s position. Pursuant to its tariff, Oklahoma Natural Gas placed new rates into effect on July 13, 2022, reflecting a base rate revenue increase of $19.6 million. These rates are subject to refund until approved by the OCC. On Sept. 29, 2022, an administrative law judge recommended approval of the joint stipulation. An order is expected to be placed on the Commissioners’ signing agenda in the fourth quarter of 2022.

In August 2022, Kansas Gas Service submitted an application to the KCC requesting an increase of approximately $7.8 million related to its Gas System Reliability Surcharge (GSRS); the KCC has until late December 2022 to issue an order.

In March 2022, Texas Gas Service made Gas Reliability Infrastructure Program (GRIP) filings for all customers in the West Texas service area, requesting a $5.0 million increase to be effective in July 2022. On June 23, 2022, the city of El Paso denied the requested increase and assessed fees associated with its review of the filing. Texas Gas Service appealed the city’s action to the Texas Railroad Commission (RRC), who approved the rates in August 2022. All other municipalities approved the new rates or allowed them to take effect with no action. Texas Gas Service implemented the new rates in July 2022.

In April 2022, Texas Gas Service made its annual Cost-of-Service Adjustment filings for the incorporated area of the Rio Grande Valley service area. In July 2022, the municipalities approved an increase of $2.5 million, and new rates became effective in August 2022.

In June 2022, Texas Gas Service filed a rate case seeking to consolidate its West Texas, North Texas and Borger/Skellytown service areas into a single West-North service area and requesting a rate increase of $13.0 million. If approved, new rates are expected to take effect in early 2023.