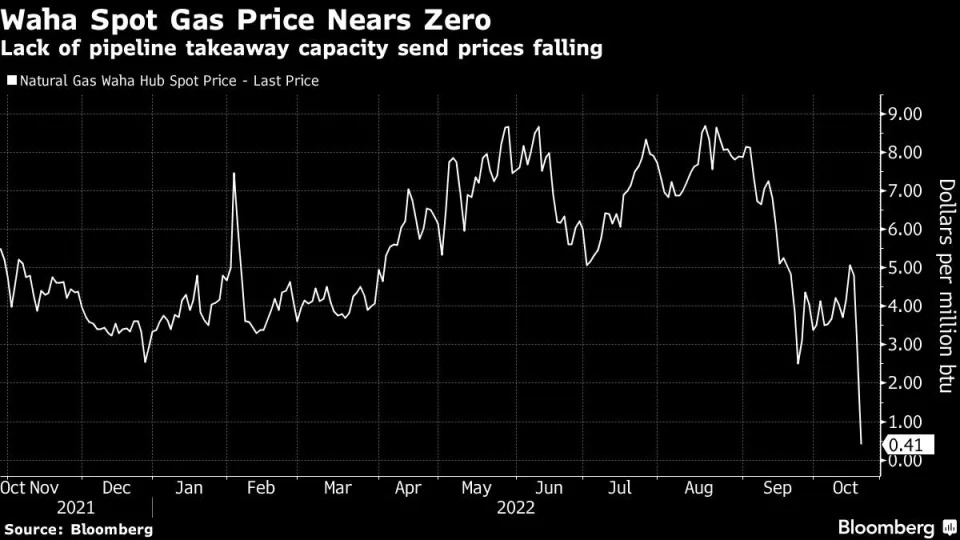 Oil producers of the Permian Basin of West Texas are hoping the falling natural gas prices in the region don’t lead to a repeat of what happened a few years ago when they were forced to pay someone to take natural gas off their hands.

Those worried producers include several Oklahoma firms that have extensive operations in the Permian.

Natural gas prices at the Waha hub were threatening to hit zero as the production overwhelms pipeline networks. It’s created a regional glut of the fuel and on Monday, prices were down to 20 cents to 70 cents per million British thermal units reported Bloomberg.