The Permian Basin in western Texas and eastern New Mexico is one of the world’s most prolific unconventional oil- and natural gas-producing regions. It’s an area where some of Oklahoma’s major oil and gas exploration firms are active and some are considered to be among the top producers in the region.

A recent report by the U.S. Energy Information Administration pointed to technology advancements that resulted in record new well productivity in the region.

The Permian Basin has become more productive because of the technological advancements in drilling and completion techniques, which allow operators to economically extract hydrocarbons from the low permeability reservoirs.

The stacked reservoirs of the Permian Basin, and the Delaware and Midland subbasins within it, vary in thickness and depth. Improved geological understanding, known as subsurface delineation, helps operators place wells to optimize well spacing in the most productive areas.

The Permian Basin has produced oil and associated natural gas from vertical wells for decades. Since 2010, advances in hydraulic fracturing and horizontal drilling led to rapid production growth. The number of new horizontal wells increased to 4,524 in 2021, compared with 350 in 2010. In June 2022, the Permian Basin accounted for about 43% of U.S. crude oil production and 17% of U.S. natural gas production (measured as gross withdrawals).

The length of a well’s horizontal section, or lateral, is a key factor in well productivity. In the Permian Basin, average well horizontal length has increased to more than 10,000 feet in the first nine months of 2022, compared with less than 4,000 feet in 2010.

Compared with other U.S. basins, the Permian Basin benefits from lower operational costs, better access to oilfield services, and its proximity to U.S. Gulf Coast refineries and export facilities.

The average productivity of new wells in the Permian Basin has grown for 12 consecutive years. Core areas of the Permian Basin, and its Delaware and Midland subbasins, contain multiple stacked shale formations. By 2021, each new well drilled in the Permian Basin was producing an average of 960 barrels of oil equivalent per day. Our Short-Term Energy Outlook forecasts that Permian production will continue to drive growth in total U.S. crude oil and natural gas production. 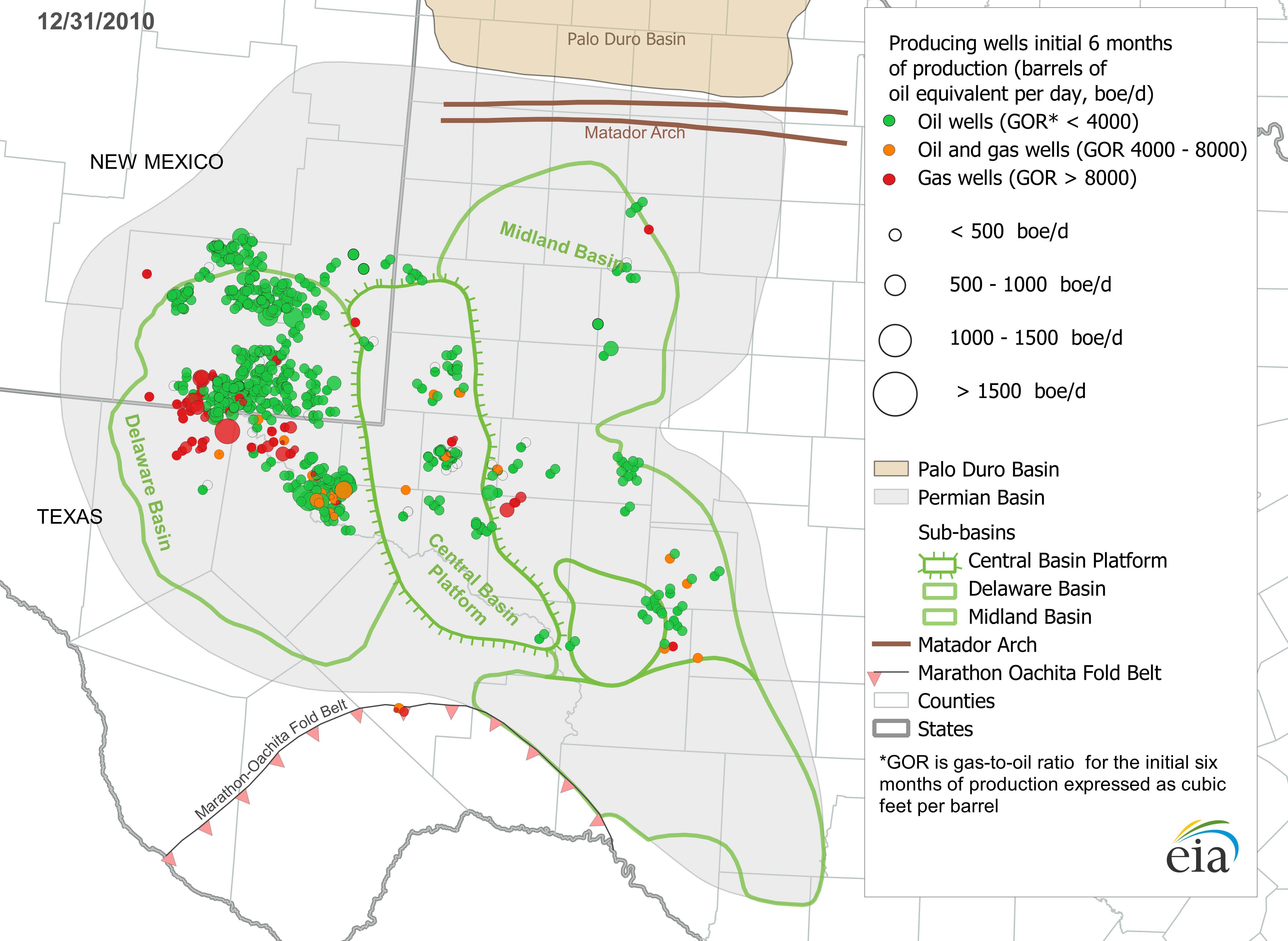