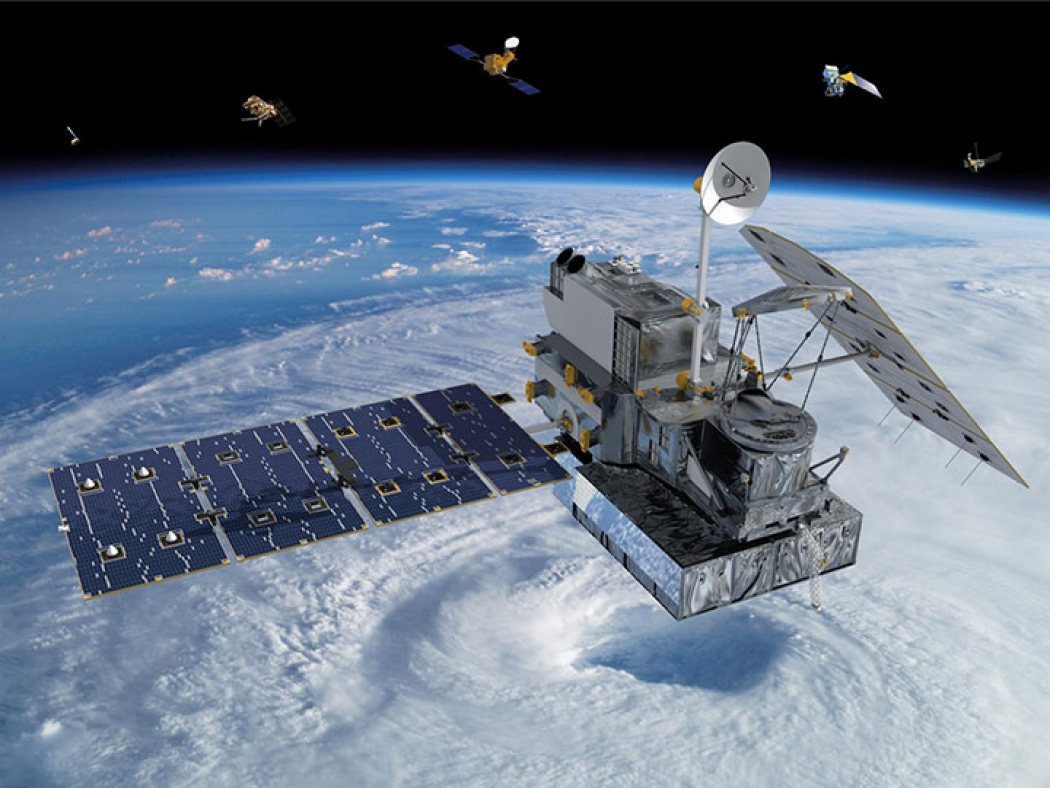 Oklahoma congresswoman Stephanie Bice used a House hearing this week to promote more collaboration and cooperation of federal agencies with the commercial weather industry and their use of satellites in weather forecasting.

She spoke at a Space & Aeronautics and Environment Subcommittee Hearing titled, Looking Back to Predict the Future: The Next Generation of Weather Satellites.

The ranking member of the Environment Subcommittee explained how the weather satellites are important to Oklahoma’s weather forecasting abilities. NOAA owns or operates 16 satellites, ten of which the agency owns and operates while the remaining six are partnerships in which NOAA is critical to the operations.

“Many of them are the result of recent efforts and Congressional support. In fact, it was just in March of this year that NOAA launched its most recent – and most sophisticated – satellite, known as GOES-18,” said Rep. Bice.

“The commercial weather industry has shown tremendous growth over the past decade and has shown the value their partnerships can add to federal agencies’ existing efforts,” Bice said. “These are the type of cost-effective solutions we should encourage and support to supplement federal observation efforts.”

Thank you, Chairman Beyer and Chairwoman Sherrill, and thank you to our panel of witnesses for taking the time to share their expertise with us this morning.

When you drive across the state of Oklahoma, you can easily spot many signs of the traditional weather enterprise. You’ll see weather stations with their Doppler radars and transmitter towers. You’ll see mesonet stations on public and private land that make up our best-in-class state system. And if you make it to Norman, you’ll see the National Weather Center – the premier hub for federal, state, and academic research related to weather modeling and prediction.

But all of this is just one half of our capabilities. What you can’t see are the highly technical instruments orbiting above us in space. To truly understand and monitor the full range of global and national weather patterns, NOAA, NASA, and the National Weather Service collaborate on a fleet of satellites that circle the Earth and collect vast amounts of data critical to weather modeling and forecasting.

Currently, NOAA owns or operates a total of 16 satellites – ten of which they own and operate themselves, the other six are partnerships in which NOAA is critical to the operations. Many of them are the result of recent efforts and Congressional support. In fact, it was just in March of this year that NOAA launched its most recent – and most sophisticated – satellite, known as GOES-18.

The GOES program has faced its fair share of challenges, ranging from equipment failures to COVID delays, but I look forward to the launch of the final satellites in the series: GOES-U in 2024. I’m also eager to discuss the lessons learned as we transition to the next generation satellites system, GeoXO.

At the same time, it’s important we remember that the design and launch of satellites are just two pieces of the puzzle. In order to truly see the maximum benefits of these efforts, we must ensure that the data is useful to the weather community and that we have adequate ground systems to get the information obtained from space to them.

An important part of this will be the development and use of high-performance computing by the weather enterprise. More computing power and better models will allow meteorologists to input large amounts of data, run weather models more times for accuracy, and produce a higher resolution forecast – ultimately saving lives and property.

Although there is room for improvement and increased support, NOAA shouldn’t be alone in this effort. The commercial weather industry has seen tremendous growth over the past decade and has shown the value their partnerships can add to federal agencies’ existing efforts.

Private companies and research institutions have both computing resources and satellite date, both of which NOAA can acquire or use for a fraction of the cost it would take for them to build out. The Commercial Weather Data Program at NOAA has proved these partnerships can be successful and benefit all parties involved.

Additionally, researchers at universities can lead the development of next generation instruments that can either be added to commercial satellites or launch on their own dedicated payload.

These are the type of cost-effective solutions we should encourage and support to supplement federal observation efforts.

Again, I want to thank our witnesses for being here today and I look forward to each of your testimony.

Thank you, Chairman Beyer, I yield back the balance of my time.