Lucas demands answers from the White House about science advisor 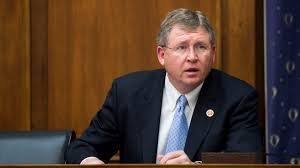 As the Ranking Member of the House Science, Space and Technology Committee, Lucas and House Natural Resources Committee Ranking Member Bruce Westerman sent a letter this week to the House. They want their hands on the documents and communications necessary to conduct oversight of the Administration’s response to scientific integrity violations by Lubchenco.

Lucas says the violations are particularly troubling given Lubchenco’s role as Deputy Director for Climate and Environment at the Office of Science and Technology Policy (OSTP) as well as one of the heads of an interagency task force on scientific integrity at the National Science and Technology Council (NSTC). In that role, she led the development and publication of a report on Protecting the Integrity of Government Science, intended to guide best practices at government science agencies. 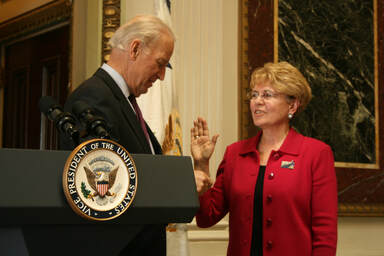 In addition to violating scientific integrity principles in her publishing decisions, Lubchenco has cited the same research in Congressional testimony before the Natural Resources Committee and used it to justify policy recommendations.

Science Committee Republicans first raised the issue of Lubchenco’s violations in a letter sent in February, where they asked the President to reconsider her role in developing scientific integrity guidelines. The Administration took no action in response to Lubchenco’s violations or the Congressional oversight request.

“Although Dr. Lubchenco stated her regret for her actions, the Administration continues to move forward implementing the scientific integrity policies she played a key role in developing, and Dr. Lubchenco continues to lead federal science policy efforts and represent the United States on the international stage, despite being barred from participating in the activities of a renowned scientific organization,” Lucas and Westerman wrote.

They continued, “We are especially concerned about the leadership and culture of the OSTP after former Director Eric Lander resigned following a White House investigation that found ‘credible evidence of violations of the [Executive Office of the President’s] Safe and Respectful Workplace Policy’ as well as bullying and disrespectful interactions with staff. The leadership of the OSTP should be models of behavior for the entire federal research enterprise, not appear to receive special treatment or be held to less strict standards than every other federal employee.”

Lucas and Westerman are now requesting all Administration documents and communications relating to Lubchenco’s compromised research work and violations of scientific integrity.