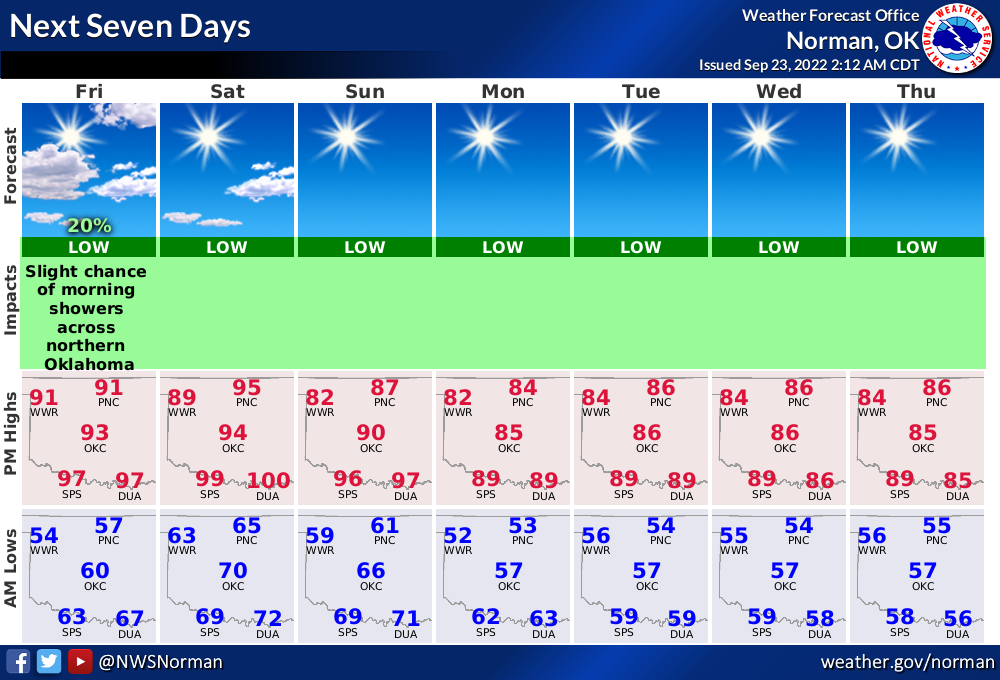 We can still expect some summer like temperatures in the coming days in Oklahoma, even though fall has officially arrived in the state.

The bigger question might be whether we stand any improved chances of rain fall to end the growing drought in the state. 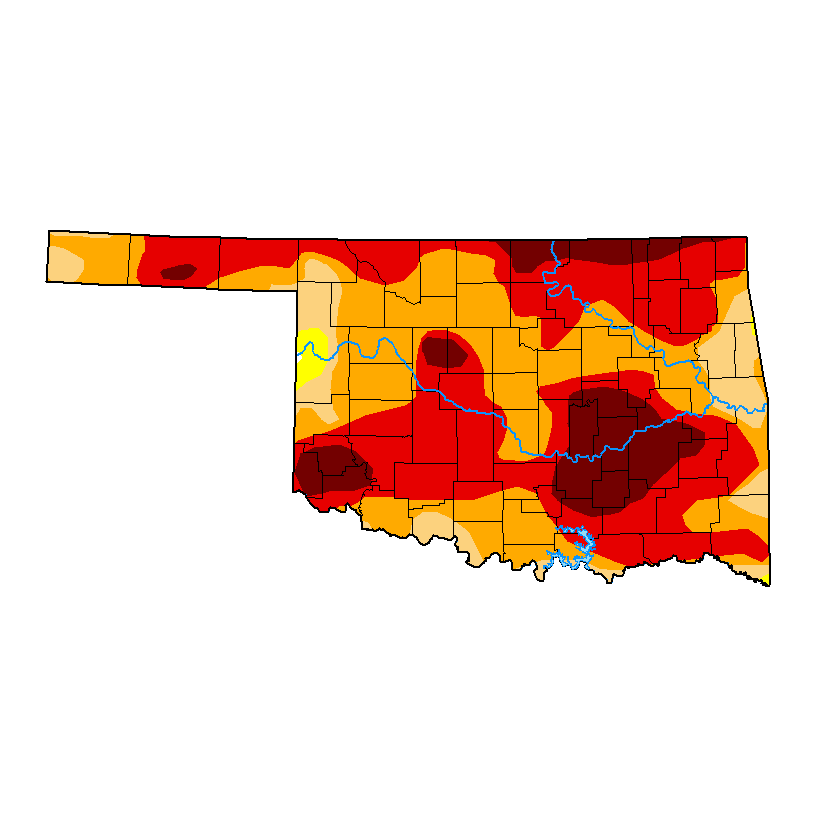 The U.S. Drought Monitor reported Oklahoma is growing dryer and dryer with each passing week without rain. As of Sept. 22, the Exceptional Drought area, the darkest color on the above map jumped from 3.06% the previous week to 13.64%.

The extreme drought areas of the state also increased from 48.81% the previous week to 53.99% as of Thursday.

In north Texas, the drought is so bad that in the city of Prosper, Texas little league soccer games were canceled over the weekend because children were being injured by the growing cracks in the dry fields.