Oklahoma makes a gain in oil and gas rig numbers 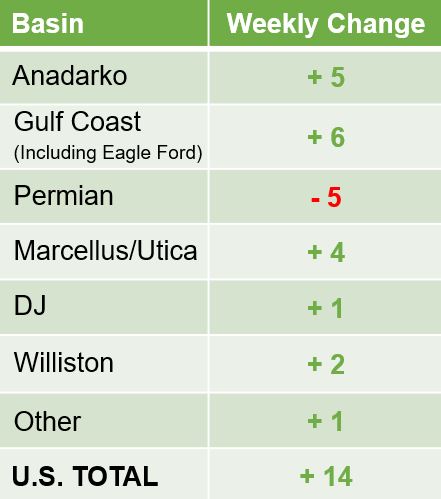 In Appalachia, the rig count rose by four in the last week to 61, while increases also occurred in the Permian (by two to 321), Anadarko Basin (by one to 78) and Gulf Coast (by one to 118). Both the DJ and Williston basins were flat at 22 and 43 rigs each.

Based on weekly peak figures, The U.S. rig count increased by eight to 866 during the week ended Sept. 21, according to Enverus Foundations data. Activity levels have not been this high since October 2019. The count is up 2% in the last month and up 42% YOY. All numbers discussed are weekly peaks to avoid the sometimes wide variability of daily numbers.