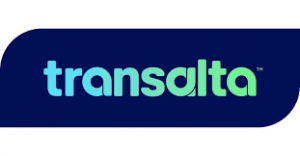 Calgary-based TransAlta Corporation reported revenue for the three and six months ended June 30, 2022 increased by $47 million and $64 million respectively compared to the same periods in 2021. The increase in revenues was due to higher wind resources in Canada, incremental production from a Canadian wind facility and higher environmental credit sales partially offset by the extended site outage at two of their wind facilities. During the second quarter of 2021, TransAlta experienced unplanned supply outages and reconciliation adjustments that did not reoccur within the current period.

“TransAlta delivered solid second quarter results for 2022,” said John Kousinioris, President and Chief Executive Officer. “The contributions from our new contracted assets at Windrise and North Carolina Solar and the exceptional results in our Energy Marketing segment further supported our financial results for the quarter as we continue to track towards the midpoint of our 2022 guidance.”

The company also reported on other key business developments with Oklahoma ties.

On April 5, 2022, TransAlta executed a long-term renewable energy PPA with a subsidiary of Meta Platforms Inc., formerly known as Facebook, Inc., for 100 percent of the generation from its 200 MW Horizon Hill wind project to be located in Logan County, Oklahoma. Under this agreement, Meta will receive both renewable electricity and environmental attributes from the Horizon Hill facility. The facility will consist of a total of 34 Vestas turbines with construction expected to begin in late 2022 and a target commercial operation date in the second half of 2023. TransAlta will construct, operate and own the facility. Total construction capital is estimated between $290 to $310 million and financed with a combination of existing liquidity and tax equity financing. Over 90 percent of project costs are fixed under executed turbine supply agreements and engineering, procurement and construction agreements.

During the second quarter of 2022, TransAlta identified Amazon Energy LLC as the customer for the 300 MW White Rock Wind projects to be located in Caddo County, Oklahoma. On Dec. 22, 2021, Amazon and TransAlta entered into two long-term PPAs for the supply of 100 percent of the generation from the projects. Construction is expected to begin in the second half of 2022 with a target commercial operation date in the second half of 2023.

During the second quarter of 2022, TransAlta’s MSCI Environmental, Social and Governance Rating was upgraded to ‘A’ from ‘BBB’. The upgrade reflects the Company’s strong renewable energy growth compared to peers. In 2021, the Company grew its installed renewable energy capacity by 15 percent through acquisition and construction of solar and wind facilities and secured 600 MW in additional renewable energy projects. In line with its goal to reduce carbon emissions by 75 percent from 2015 emissions levels by 2026, TransAlta also completed coal-to-gas conversions of its Canadian coal-fired facilities in 2021, nine years ahead of Alberta’s coal phase-out plan.

On June 20, 2022, the company announced a new visual identity including logo and tagline “Energizing the Future.” The new branding reinforces the Company’s focus as a leader in creating a carbon-neutral future for its customers.

Operating for more than 111 years as one of Canada’s largest producers of wind and hydro-electric power, TransAlta continues to maintain a strong financial position in part due to long-term contracts and hedged positions. At the end of the second quarter, the company had access to $1.9 billion in liquidity, including $0.9 billion in cash and cash equivalents.

On Sept 28, 2021, TransAlta announced the strategic targets associated with its accelerated Clean Electricity Growth Plan. As of August 4, 2022, the company has made significant progress in achieving the targets of this plan.