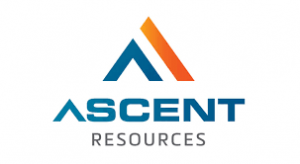 Oklahoma City-based Ascent Resources, LLC announced Friday that it has closed on the previously announced bolt-on acquisition with XTO Energy, a subsidiary of ExxonMobil Corporation, in the Utica Shale in Ohio for a total purchase price of $270 million, subject to customary closing purchase price adjustments. Ascent financed the transaction with a combination of cash on hand and borrowings under its revolving credit facility.

The acquisition expands the private company’s asset base in the Ohio Utica shale play by about 26,800 net acres and increases net production by about 60 MMcfed, the company. Ascent already holds working interests in a material portion of the acquired production. The deal comes with an inventory of identified drilling locations in both the Utica and Marcellus.

Ascent is one of the largest private producers of natural gas in the United States and is focused on acquiring, developing, producing and operating natural gas and oil properties located in the Utica Shale in southern Ohio.