A big second quarter for Laredo Petroleum was reported this week including net income of $262.5 million, cash flows from operating activities of $368.1 million, and free cash flow of $110.5 million.

The Tulsa company saw a 53% increase in its daily oil production which totaled 40,553 barrels of oil a day and 87,032 barrels of oil equivalent a day. The BOEPD total was a 1% increase.

“Our strong financial results in the second quarter are a direct result of our multi-year strategic transformation,” stated Jason Pigott, President and Chief Executive Officer. 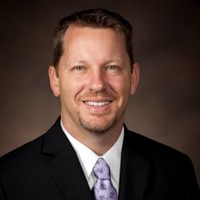 “We delivered record Adjusted EBITDA and Free Cash Flow, introduced a plan to return capital to shareholders through a $200 million equity repurchase program and repurchased more than $40 million of equity and debt. At $100 oil for the remainder of 2022 and $90 oil for 2023, we expect to deliver approximately $840 million of Free Cash Flow for full-year 2022 and 2023 combined and to continue repurchasing our equity and debt.”

Late in the second quarter of 2022, Laredo TIL’d the six-well Leech package, developed in the company’s most southeastern unit of its Howard County leasehold. The package has been producing for approximately 60 days, with the expected increase in oil production slower than expected. Production guidance for the remainder of 2022 has been adjusted to reflect the current range of outcomes for the Leech wells.

No additional completions are planned in the area until 2024 and the Company will adjust development strategies based on the longer-term performance of the package.

At this time, the Company expects that its planned investments in 2023 will result in low single-digit oil growth. At $90 WTI for full-year 2023, Free Cash Flow is expected to be approximately $560 million.