Energy headlines from the U.S. and the world 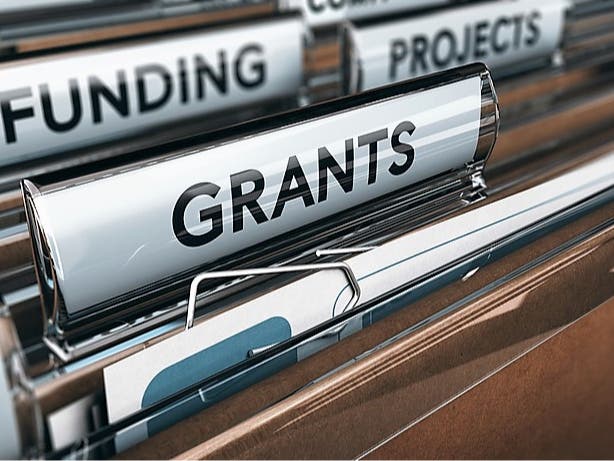 Oklahoma will receive nearly $49 million out of the $2.2 billion in new grants announced recently by the Biden administration for transportation infrastructure projects. One might end a fight between a railway with the city of Moore.

Six of the 166 grants were awarded to Oklahoma and various departments in the state. The grants come from the Rebuilding American Infrastructure with Sustainability and Equity (RAISE) program, which the administration says has seen its funding more than doubled as the result of $7.5 billion over five ears provided by the 2021 Bipartisan Infrastructure Law.

Projects in rural and urban areas will each get half of the funding, the administration said, while nearly two-thirds of the projects are in poor or historically disadvantaged communities.

The largest grants were for $25 million, and 18 projects received that amount.

Oklahoma’s biggest grant was $16,200,000 to the Indian Nations Council of Governments to fund a project providing a multimodal trail system separating bicycles and pedestrians from motorized traffic along the east and west banks of the Arkansas River.

The project will complete sidewalk gaps and improve signals at intersections and according to the federal government, will improve safety by separating non-motorized and motorized traffic. It will also include implementation of EV charging stations at four project area locations. 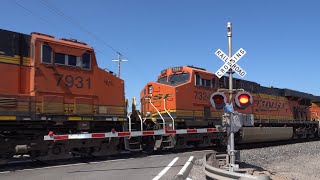 One of the grants will help end a fight between the city of Moore and the BNSF railway over one of its crossings and complaints of trains blocking a highway.

The Oklahoma Department of Transportation received $10 million to help fund improvements to resolve blocked train crossings on State Highway 37 in the city of Moore. As the announcement stated, the project will facilitate grade separation from SH-37 and a Burlington Northern Santa Fe freight rail crossing, as well as support construction of multimodal bridge and multiuse paths.

The new crossing will separate train traffic from motorized and non-motorized travelers. The project will also remove an at-grade crossing, an existing barrier to travel into the city of Moore, to
increase accessibility to essential destinations. The project also includes robust public engagement efforts, and represents a public-private partnership between the City of Moore, ODOT, and BNSF.

The Oklahoma DOT also received another $10 million grant to reconstruct nearly one mile of West 51st street in Tulsa including a connection under US 75 highway. It will include a new pedestrian bridge over the Tulsa Sapulpa Union railroad and a new connection to the Arkansas River trail.

The project will also include construction of two bridges
on US-75 and two US-75 ramp bridges over W. 51st Street.

The city of Wagoner received a $7 million grant to construct a multi-use path, a new reinforced concrete box culvert, sidewalk street curbs and a side path and build a trail underpass crossing of highway US 69.

The Thlopthlocco tribal town received a grant of $4,018,179 to fund construction for interior and housing roads and walkways within the Thlopthlocco Tribal Town Headquarters and Service Centers.

Tribal Town of Oklahoma is a Federally-recognized Native American tribe with over 1,000 members. It is located in Okemah.

The project will improve stormwater drainage and increase accessibility for residents in nearby lowincome elderly housing to services and a new general store. The project also seeks to incorporate innovative technologies and designs such as solar lights and broadband along the transportation corridor.

“Using funds from President Biden’s Bipartisan Infrastructure Law, this year we are supporting more projects than ever before,” said Transportation Secretary Pete Buttigieg.