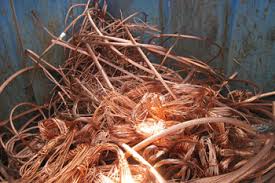 A phone call from an observant Grant County citizen resulted in the arrest of an alleged copper thief who is under investigation by several law enforcement agencies. Nathan Schuermann of Medford was arrested by deputies on August 3 after being found on an oil and gas well site in Grant County. Schuermann was also found to be in possession of methamphetamine, drug paraphernalia, cut copper wire and miscellaneous tools believed to have been used in the theft.

The Grant County Sheriff’s Office Facebook page warns, “Copper thefts in the State of Oklahoma amount to severe financial losses to oil and gas producers in the state, adding up to hundreds of thousands of dollars per year. If you see suspicious activity, please report it immediately to your local sheriff’s office.”