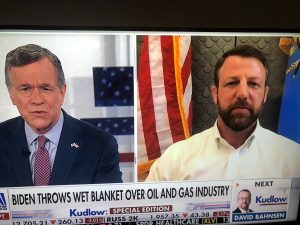 Oklahoma Congressman Markwayne Mullin has a bit of advice for Democratic West Virginia U.S. Sen. Joe Manchin, one of the last two Democrats whose supported pushed the President’s Inflation Reduction Act into law.

“Manchin got sold a bill of goods that he’s not ever going to be able to collect on,” said Mullin, the Republican U.S. Representative from eastern Oklahoma who is in a runoff with Oklahoma City banker and former legislator T.W. Shannon, a runoff to be decided Tuesday.

Reports indicate Mullin has anywhere from a 19 to 10 point lead over Shannon. 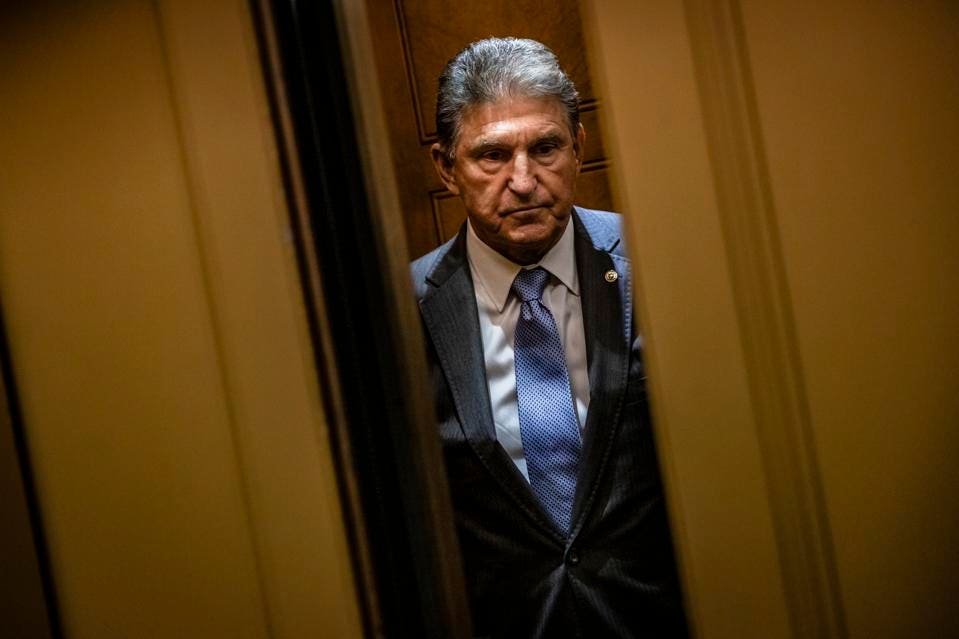 Manchin had been a critic of EV subsidies but at the last minute threw his support for the IRA or the Inflation Reduction Act, which included $369 billion for climate and energy projects including a $,7500 tax credit for EVs.

Rep. Mullin, in an interview on Fox Business News “Kudlow” report remained critical of the bill signed into law last week by President Biden. He said the Act should really be named the China Infusion Act because China benefits directly from the law that finances billions of dollars in green energy programs rather than reducing inflation.

“As we limit ourselves on fossil fuels, we increase our dependency on China,” explained Rep. Mullin who pointed out 4 of the world’s top 5 deposits of the rare earth mineral needed for electric vehicles are controlled by China and the fifth is in Ukraine which is being threatened to being controlled by Russia.

The production and manufacturing of electric vehicles requires six times the amount of minerals used in conventional vehicles. But the most highly needed minerals include lithium, cobalt, nickel and graphite, minerals mined in China. Congressman Mullin’s concern about an Act benefitting China isn’t an island in the ocean of politics swirling around the nation’s capitol.

His voice is among a chorus of critics who fear a growing dependence by the U.S. on the minerals will only create greater energy security risks.

“So you have two communist countries controlling the U.S. economy. That’s a great move Democrats. You’ve done a wonderful job here,” he said cynically in the Friday afternoon interview. 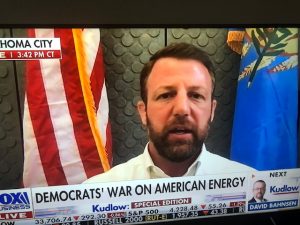 In an interview focused on America’s energy needs and challenges, the congressman said the U.S. should look at Europe to see what total or near-total dependence on renewable energy can do. Europe’s economies are in terrible shape and many countries are facing energy shortages and crises in the approaching winter months.

“Not only can we look at Europe and see what’s happening in Europe, with their dependence on renewable energy, let’s look at what’s going on in California. They have the highest energy costs.”

Mullin said California not only has rolling blackouts but continues to import more oil from Saudi Arabia than the rest of the lower 47 states combined.

The congressman who wants to succeed Jim Inhofe in the U.S. Senate said the kind of energy decisions made by Democratic leaders is hitting Oklahoma disproportionately. Mulling said while the average inflation across the U.S. is around 9.1%, the inflation in Oklahoma is at 14.9%.

“When we start talking about energy cost and how much it’s costing us, it’s hitting us really hard here and it’s hard to fathom because we’re producing it literally out of our back yard.”