Biden reverses yet another Trump era ruling in pipeline fight

Corporation Commissioner at odds with OGE and the utility responded “Oklahoma Corporation Commissioner Bob Anthony said it best last week when he said from the dais that he’s not qualified to analyze the municipal bond market, yet that hasn’t stopped him from pushing a false narrative that erodes the public trust, even as bond market experts dispute his claims,” said Miller in a statement released after Anthony made his claim earlier on Friday.

Miller went on to charge and accuse Commissioner Anthony of adding $120 million in increased costs by recruiting his friends to delay the ratepayer backed bond case by filing lawsuits with the Supreme Court. Miller said it was put into record by Hilltop Securities, the state’s financial advisor. 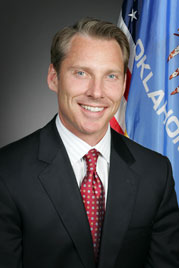 “The legislature, governor and corporation commissioners enacted securitization to ensure costs associated with keeping the lights and heat on during Winter Storm Uri did not send Oklahoma families into financial distress as occurred in Texas. Bob is better than that and needs to move on as his fellow policymakers and the Courts have spoken,” added Miller who left state office in November 2018 to take the position with OGE.

His response came after Anthony issued a statement saying tens of millions of dollars in the OGE ratepayer-backed bonds were traded for a substantial short-term profit less than a month after they were issued.

“As just one example from the secondary market, $1.39 million in bonds were traded on August 4 at a price 6.559% higher than the original purchase price, driving down the yield to 4.675%,” he stated, wondering whether it was additional evidence the initial offering was “mispriced?”

He again questioned whether OG&E ratepayers got a bad deal when the bonds were issued in July.

“That extra 6.559% over the initial price of par represents pure profit to the seller and appears to show there were others willing to accept a much lower interest rate,” charged the commissioner.

“If just one lucky bond buyer profited over $90,000 in less than one month, at whose expense was that?”

Anthony said the lone sale meant that OGE customers on average paid 10 cents a piece for it. But he questioned what would be the cost if there were 20 more such transactions.

“What kind of excessive expense to ratepayers does that came to? What kind of an annualized rate of return does that represent for the short-term savvy sellers,” questioned the Commissioner who voted against the utility’s original request for nearly $1 billion in ratepayer-backed bonds to cover its 2021 Winter Storm Uri costs.

“Does it matter that major proponents did not have to sign certification letters committing to a fair result? And who said no profit would be made on the pass-through of fuel adjustment costs from the 2021 Winter storm? he asked.

Miller served two terms as Oklahoma State Treasurer after previously serving in the state legislature. In November 2018, he took the job with OG&E as he was term-limited in the Treasurer’s office.

“I’m honored to join the great team at OGE,” Miller said. “The company enjoys a rich history in Oklahoma and Arkansas building stronger and better communities through economic and community development initiatives as well as providing some of the most affordable energy anywhere in the country. I have always admired OGE for its commitment to growing and serving the communities in its service area. I’m humbled to be a part of such a fine company and look forward to contributing to the company’s continued success.”