The death of Texas oilman Curtis Mewbourne was certainly felt at the University of Oklahoma where he graduated and later made significant contributions that led to the creation of the Mewbourne College of Earth and Energy and the Mewbourne School of Petroleum and Geological Engineering.

Mewbourne graduated from OU with a petroleum engineering degree in 1958 and eventually became a leader in the energy industry and a supporter of energy and earth science education.

“Throughout his extraordinary rise to the top of his field, Curtis Mewbourne always remained steadfastly loyal and directly engaged with his alma mater,” said OU president Joseph Harroz, Jr.

“Curtis was a shining example of what we hope for our students, fundamentally impacting the world through his leadership and love of those with whom he engaged. I am among the fortunate many whose life he has changed for the better. The enthusiasm he poured into shaping the energy leaders of tomorrow will be felt at the University of Oklahoma for generations to come. We offer our heartfelt sympathies and prayers to Joanne and the entire Mewbourne family.”

His endowments include the Mewbourne Enrichment Fund, which benefits undergraduate students and inspires faculty and staff to provide excellence in teaching. He also endowed the Mewbourne Leadership Scholars Program, which provides annual scholarships for entering freshmen and continues to support them through graduation. His most recent gift created the college’s Faculty Support Endowment.

Even amid the energy industry’s ups and downs, Mewbourne made it his mission to consistently equip and encourage OU’s petroleum engineering and earth science students, faculty and staff. In the last 25 years, Mewbourne Oil Company has been the largest supporter of student scholarships and internships at OU.

“As the namesake for the Mewbourne College and the Mewbourne School of Petroleum and Geological Engineering, Curtis Mewbourne always answered the call to serve his alma mater. However, his most important contribution was not financial; it was his remarkable way of offering encouragement especially in difficult times,” said J. Mike Stice, dean of the Mewbourne College of Earth and Energy.

“Curtis’ success was fueled by repeated bold acts of kindness. He was a generous mentor capable of changing lives simply through conversation. His optimism was contagious, and his leadership was reflected in everything he did. When Curtis entered a room, you knew who was in charge and, moreover, you knew you were in good hands. For me personally, I will miss my friend and mentor, but mostly I will miss his extraordinary laugh – a laugh that disarmed the most disagreeable opponent and filled his supporters with the energy required to deliver on his heroic expectations.” 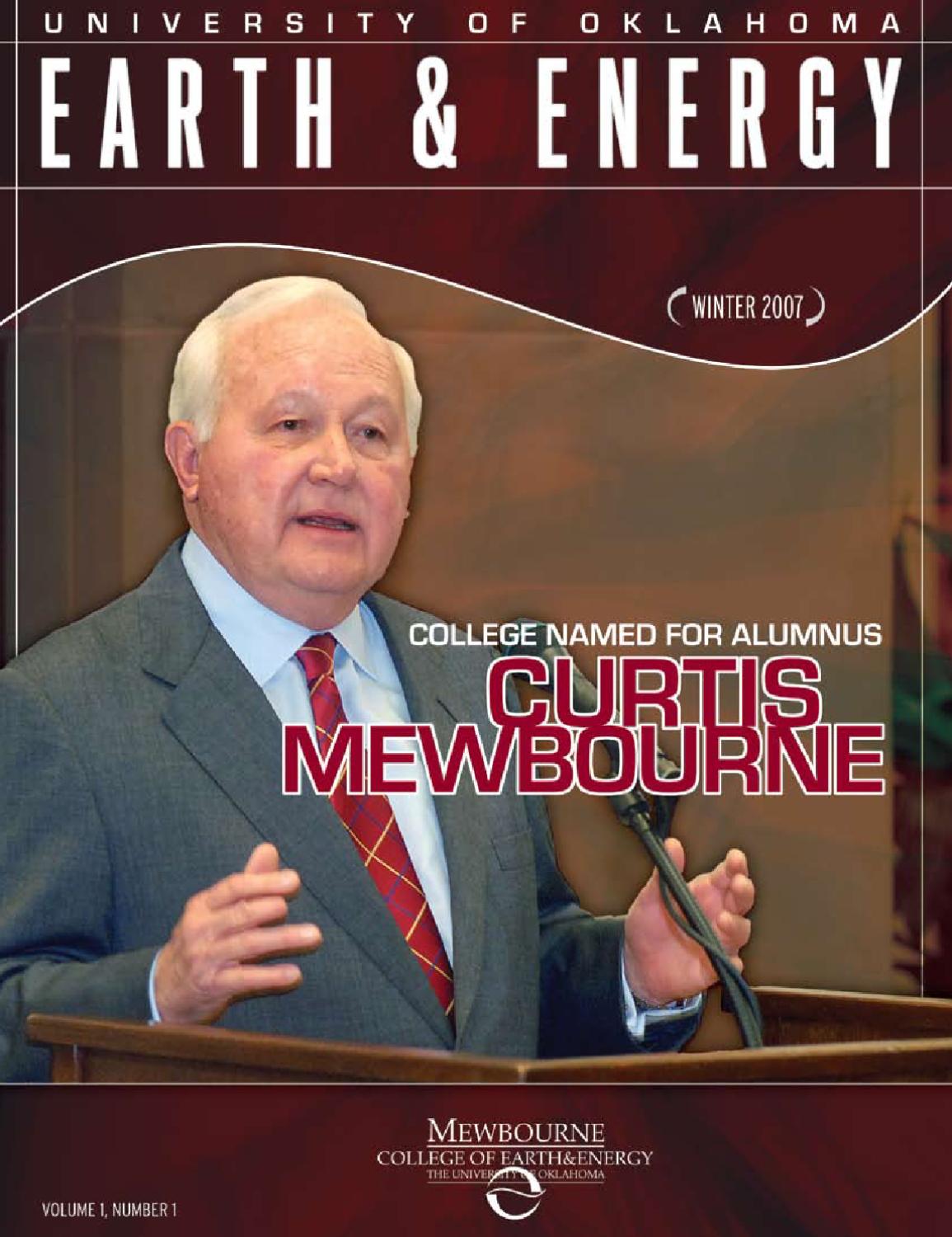 In recognition of his longtime support, the University of Oklahoma named the Mewbourne School of Petroleum and Geological Engineering in his honor in May of 2000 and granted him the Honorary Degree of Doctor of Humane Letters in 2002.

On Nov. 2, 2007, the Mewbourne College of Earth and Energy was named in his honor, and he was bestowed the college’s Trailblazer Award for his professional achievements and lifetime commitment to the energy industry.

Decades of faculty and students alike have stories of Mr. Mewbourne’s generosity, intentionality, and genuine desire to encourage the future generations of the energy industry. Whether purchasing the only SEM microscope used by undergraduate petroleum engineering students in the nation or learning how new desks could contribute to a better classroom environment, Mr. Mewbourne was unwavering in his love for OU.

Mewbourne College of Earth and Energy is collecting stories, anecdotes and memories about the many ways Mr. Mewbourne’s philanthropy, leadership and friendship impacted people. Submissions can be sent here.