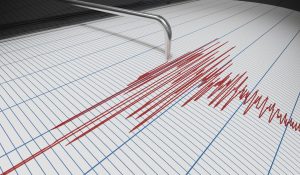 Last week’s swarm of earthquakes in West Texas has scientists wondering whether oilfield drilling activity is the cause, much as the quake activity in Oklahoma drew notoriety in recent years until regulators took steps to reduce their numbers.

It was New Year’s Eve when a 4.0 magnitude earthquake near Stanton, Texas, a small tow along I-20 and about 20 miles northeast of Midland. The quake was the largest in the series of three quakes that rumbled within hours of one another, according to the U.S. Geological Survey.

Oklahoma experienced a few years of heavy earthquake activity, including some that caused extensive damage to homes and businesses. Investigators eventually suspected not just the oil and gas drilling activity, but the increased use of waste disposal wells where wastewater was returned to the earth.

The Oklahoma Corporation Commission eventually took steps to control the use of the disposal wells and put some prohibitions from continued use. A large number of lawsuits that were filed against oil and gas companies have yet to be resolved in courts across the state.