Wednesday was a better trading day for energy firms

Oil futures shoot up and settle above $40 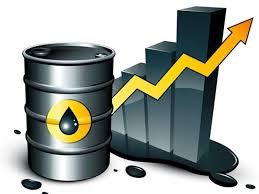 Oil futures rallied on Wednesday, with U.S. prices ending above $40 a barrel after U.S. government data that showed an unexpectedly large weekly drop in U.S. crude inventories, while production curtailments in the Gulf of Mexico caused by Hurricane Sally worsened.

West Texas Intermediate crude for October delivery rose $1.88, or 4.9%, to settle at $40.16 a barrel on the New York Mercantile Exchange, with front-month contract prices at their highest since Sept. 3. November Brent, the global benchmark, added $1.69, or 4.2%, to $42.22 a barrel on ICE Futures Europe.

U.S. crude inventories fell by 4.4 million barrels for the week ended Sept. 11, according to the Energy Information Administration on Wednesday reported MarketWatch.

That was larger than the average forecast from analysts polled by S&P Global Platts for a decline of 1.8 million barrels, but on Tuesday the American Petroleum Institute, a trade group, had reported a drop of 9.5 million barrels.

The EIA also reported that crude stocks at the Cushing, Okla., storage hub edged down by about 100,000 barrels for the week. Total oil production, however, climbed by 900,000 barrels to 10.9 million barrels per day last week.

Traders took in the latest data that “reflect the state of affairs as of last Friday, while there are now [production] shut-ins due to Hurricane Sally,” said Marshall Steeves, energy markets analyst at IHS Markit. “So this is a fast changing market.”

Even taking into account the crude stock draw, the “impact of Sally is likely more significant at the moment and that is the reason prices are rising,” he told MarketWatch. “That could be short-lived if we start to see offshore [output] resumptions soon.”

Hurricane Sally hit the Alabama coast early Wednesday as a Category 2 storm, carrying maximum sustained winds of 105 miles an hour. It has since been downgraded to a tropical storm, but “catastrophic and life-threatening flooding” is happening along portions of Florida Panhandle and southern Alabama, the National Hurricane Center said Wednesday afternoon.