Williams Cos. reportedly trying to unload its share of Jackalope Gas system in Wyoming 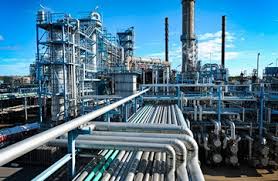 Tulsa’s Williams Cos. is reportedly trying to sell its ownership in the Jackalope Gas Gathering Services in Wyoming, a move that Bloomberg News says could bring more than $500 million for the company.

Williams owns 50 percent interest in the gas line and processing plant operation. But sources have told Bloomberg that no decision has been made and Williams could still decide to keep its stake in the project.

Crestwood Equity Partners LP owns the remaining 50 percent of Jackalope which operates in the Powder River Basin in the eastern part of Wyoming.

Bloomberg reported that a representative for Williams — declining to comment on Jackalope specifically — said the Tulsa, Oklahoma company is continuously assessing opportunities to optimize its portfolio. A representative for Crestwood didn’t respond to requests for comment.

The Jackalope system — named after a mythical Wyoming animal that looks like a rabbit with antlers — has a long-term, fee-based agreement with Chesapeake Energy Corp. to handle gas unearthed from a 358,000-acres position that Chesapeake has in the Powder River, according to company filings. Williams and Crestwood announced plans in July to expand the Jackalope to handle increased production in the region.

Williams, which traces its origins back to 1908, is selling assets to raise money for paying down debt and investing in its most promising growth areas, Chief Executive Alan Armstrong said this month in an earnings call with analysts, according to a transcript compiled by Bloomberg.

In October, Williams agreed to sell some operations in New Mexico and Colorado for $1.1 billion to Hilcorp Energy Corp.

Williams is getting an exceptionally good price for those assets, Armstrong said. Closely held entities are placing more value on pipeline assets than public investors are, he said.

“We will continue to work to take advantage of that situation,” he said.