So much for electric trucks for snow removal 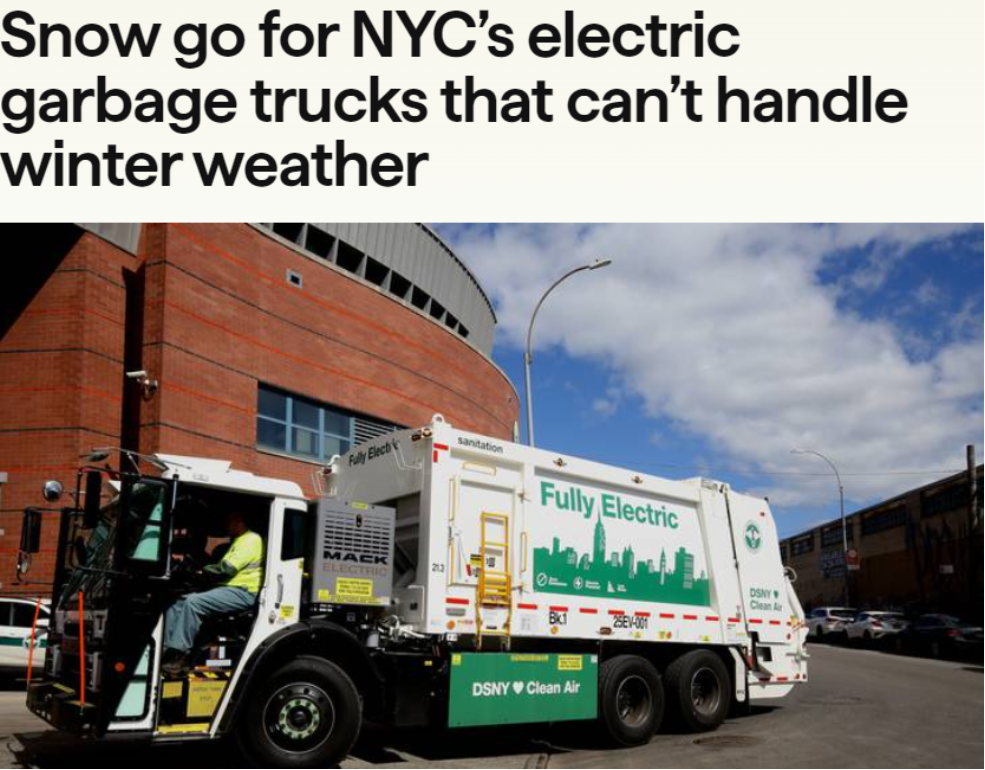 From the Committee to Unleash Prosperity comes a story about electric trucks and what they can’t do.

This is our weekly winner of the  “You Can’t Make this S&!@ Up” prize.

The [New York public works] department aims to switch all 6,000 vehicles in its fleet from gas to electric as part of the state’s goal to reduce emissions by 2040. But city officials say they haven’t found electric garbage trucks that are powerful enough to plow snow.

The department has ordered seven electric rear loader garbage trucks, custom-made by Mack and costing more than $523,000 each, with delivery slated for the spring. Used for curbside trash collection, the department’s current rear loader truck fleet runs on diesel and is outfitted with plows to clear streets during snow season.