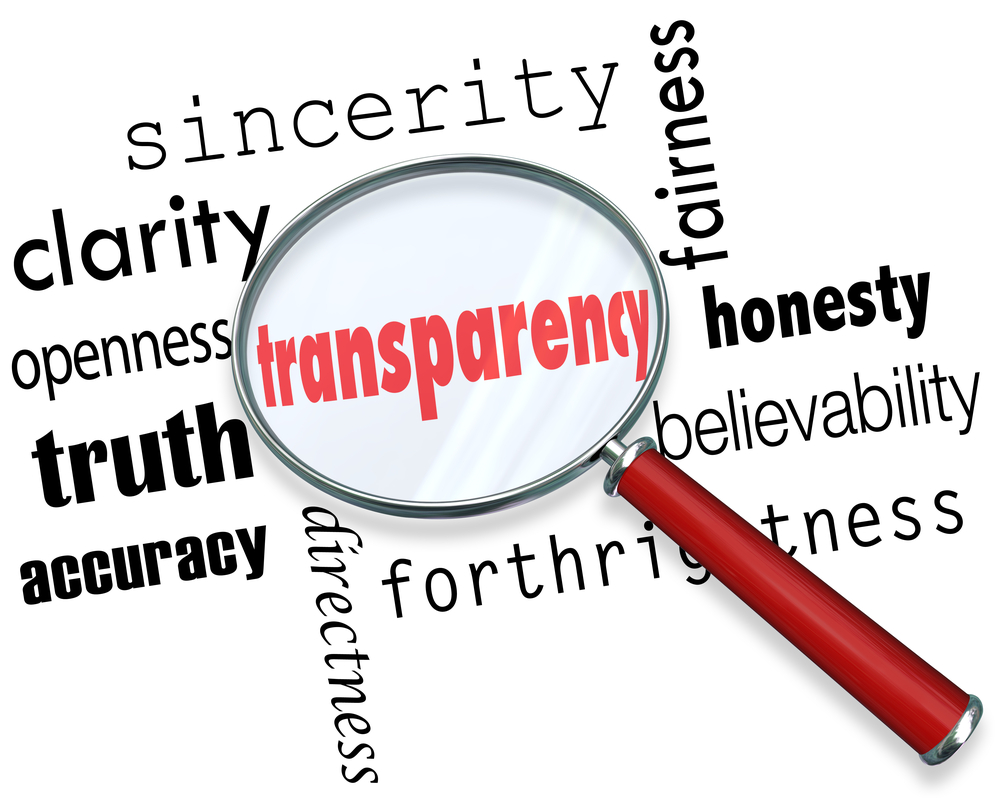 Oklahoma Corporation Commissioner Bob Anthony raised the stakes for the state’s three major utilities as they seek 2021 fuel cost adjustments. At the same time, he issued a challenge to his two fellow commissioners.

In a filing this week, the commissioner raised questions about the costs of Oklahoma Natural Gas, Oklahoma Gas & Electric and Public Service Company of Oklahoma. The three firms face hearings before a Commission Administrative Law Judge and ONG goes first with a Jan. 26 hearing.

In his filing, the commissioner called for total transparency, accountability and a thorough examination of all the facts and all the contracts at issue.

“Further obstruction and withholding of information in an attempt to cover up prior regulatory failures and wrongdoing will only exacerbate the $2 billion extra burden that has already been put on Oklahoma ratepayers,” wrote Anthony in the filing.

He pointed out that the constitutional duty of the Commission is to honest government and the public interest.

“Perhaps the most important question of all: Will the Corporation Commission do its duty?”

(The following is the Commissioner’s filing)

The legitimacy and prudence of more than $4 billion in fuel and purchased power costs incurred by monopoly public utilities – some of it at historically high prices – and passed through to Oklahoma ratepayers is at question within the scope of these cases.

I believe that details about expenses of a public utility that are passed through to the public should be accessible to the public. What’s more, 17 O.S. § 252 provides “The Commission shall hold a public hearing thereon [on fuel adjustment clauses] whenever it deems it necessary.” Further, OAC 165:50-5-3 requires: A general public hearing relating to the fuel, purchased gas, and purchased power adjustment clauses of all public utilities shall be held whenever the Commission deems it necessary, but no less frequently than once every twelve (12) months.

PAGE 1 OF 5 OAC 165:50-5-3 also requires that: any other person or entity objecting to the operation of a utility’s fuel, purchased gas, or
purchased power adjustment clause, shall, at or before such general hearing, file with the Commission a complaint in writing setting forth the reasons for such objection.

But in these cases, the public was not given direct notice. Might that be the reason for the fact that, despite being saddled with billions of dollars of historically high fuel and purchased power costs, no member of the public has yet bothered to file a written complaint as allowed by law?

In February 2021, Oklahoma experienced what some falsely labeled a “100-year” winter storm – a severe cold snap that was actually the third such “winter event” in the last 40 years.
As Oklahoma Watch reporter Paul Monies has detailed, Oklahoma’s monopoly public utilities paid some of the
highest prices in the nation for natural gas during the storm – up to $1,200/Mcf for the same gas that the week before had cost them only $3/Mcf.
“Oklahoma’s prices were the highest” in the country,
“about 600 times the prices in the days before the storm.”

Tragically, thanks to the “securitization” scheme promoted by certain special interests, Oklahoma’s utility customers now get to pay $4.7 billion for what the companies originally said was $2.7 billion owed for fuel and power during that February 2021 winter storm – some $2 billion extra!

But not all of the extreme fuel and power costs incurred at those outrageous prices were securitized into ratepayerbacked bonds. More than $85 million of those storm costs were “normalized” and passed through to customers immediately after the storm. Those “normalized” costs are among the $1.7 billion at issue in these “fuel cost review” and “prudence review” cases for 2021.

Doesn’t that mean the entire scope of the $4.5 billion in fuel and purchased power incurred by these companies in 2021 (including those costs incurred during the February winter storm) is in
question?

As I have repeatedly stated: Extraordinary costs deserve extraordinary scrutiny. Commodity market price volatility should never be used to disguise or excuse profiteering or poor management decisions, and a regulated public utility should not expect to claim “market forces” justify the “reasonableness” or “prudency” or legitimacy of its fuel costs.

What’s more, the burden of proof as to the “reasonableness” or “prudency” or legitimacy of these costs must be on the utility. Therefore, if the public utility cannot properly and adequately justify certain costs, they should not be eligible for
full recovery from ratepayers.

The law (OAC 165:45-1-2) says that in order for a utility’s costs to be deemed “prudent,” a “utility’s practices and policies and judgment regarding an investment or expense at the time the investment was made or expense was incurred” should be determined to have been “fair, just, and reasonable … including direct or indirect maximization of its positive impacts and mitigation of adverse impact upon its ratepayers, without consideration of its ultimate used and useful nature.”

In light of the historically high prices that were paid during the 2021 Winter Storm, questions that should be asked to help this Commission determine the prudency of the fuel and power costs incurred at any time during 2021 include:
What preparations did the utility make to prepare for the February 2021 Winter Storm that would mitigate potential costs to customers?
Did the utility question any of the historically high fuel and/or power prices it paid during the storm? Was any attempt made to investigate their legitimacy or the possibility that the prices
were the result of price-gouging, fraud or market manipulation?

To what extent were any 2021 fuel costs provided under contracts or by suppliers who did not fulfill their pre-existing contractual obligations during the February 2021 Winter Storm? Did the utility investigate or contest any possible breaches of contract before contract performance may have resumed? To what extent does the utility continue doing business with suppliers who perhaps engaged in fraud, price-gouging or market manipulation during the Winter Storm?

Must multi-year fuel or purchased power contracts, previously deemed “reasonable” and “prudent,” necessarily still be considered to yield prudent and legitimate fuel costs? Should
declaration of force majeure in February 2021 call into question the prudency of certain contracts going forward?

Under what authority did the utility “normalize” and charge to ratepayers under the fuel adjustment clause mechanism and methodology some “extreme purchase costs” from the February 2021 Winter Storm, as defined by the Regulated Utility Consumer Protection Act (“the Act”) (74 O.S. § 9070 et seq.)? Why does the utility even believe it was proper to collect those “extraordinary” or “extreme” costs from customers immediately instead of “securitize” them in total under the Securitization Act? How and by whom was the procedure to determine the “normalized” amounts authorized?

What was the total amount and total cost of fuel purchased by the utility for the period beginning February 7, 2021, and ending February 21, 2021, that was “normalized” (collected through the fuel adjustment clause rather than being securitized)? Were the contracts for these purchases reviewed by the Public Utility Division for prudency? What did the review entail? What steps were taken to ensure that double-dipping (collecting the same costs under “normalization” and “securitization”) has not and will not occur?

In addition, several questions raised by AARP during the Securitization cases about utility management decision-making during the February 2021 Winter Storm are relevant again here; some of those same costs incurred under the same management decisions were “normalized” and not “securitized.”

Citing specific testimony from OG&E’s own witness reflecting the company’s poor decision-making before and during the storm, AARP pointed out that, in contrast to the preparations everyday Oklahomans were making before the storm, OG&E did not “stock up” and purchase any additional fuel at normal, pre-storm prices in order to be ready, nor did the company bother to cover its
coal piles so they wouldn’t freeze. AARP also called attention to the fact that OG&E did not fully utilize the natural gas it had in storage, paying outrageous prices for gas on the spot market instead.

Perhaps most derelict of all, AARP felt, despite the forecast, the company went ahead and took more than half of the utility’s gas generating capacity offline for maintenance before the storm.

These and similar questions should be asked again of all the utilities in these cases, and the impact of such critical shortcomings appropriately analyzed. Following “standard” or “normal” policies and procedures during abnormal, extraordinary times is not necessarily prudent. Consequently, costs incurred during such times deserve extraordinary scrutiny. Failing to adequately prepare for an extreme weather event (forecast well in advance) in ways that would “mitigate … adverse impacts”
(i.e. costs incurred on behalf of customers) is therefore a prudence consideration, and the costs resulting from such decisions may be subject to disallowance.

Again, because some of the “normalized” 2021 fuel costs were incurred by the same exact same “fuel procurement processes” as the costs that were “securitized” under the financing orders approved in 2021 and 2022, much of the previous testimony about those processes and the management decisions behind them is pertinent in these 2021 prudence review cases. (In case it is not yet obvious: No, the Securitization cases are not “closed.” They are ongoing and directly related to current and future cases
– and will be for the next 28+ years!)

That said, compromised determinations in those cases that resulted from “black-box” settlement agreements instead of complete and proper fuel cost and prudence reviews conducted in compliance with state statutes and commission rules are not an
adequate basis for determination of prudence in these or any other cases.

Finally, the questions to be answered by the public utilities in these cases cannot be appropriately addressed without total transparency, accountability and a thorough examination of all the facts and all the contracts at issue. Further obstruction and withholding of information in an attempt to cover up prior regulatory failures and wrongdoing will only exacerbate the $2 billion extra burden that has already been put on Oklahoma ratepayers.

The Oklahoma Corporation Commission’s constitutional duty and responsibility is to honest government and the public interest. Article IX of the Oklahoma Constitution provides the power and
authority for the Commission to “correct abuses” and enforce just and reasonable rates and charges.

Fuel cost reviews and prudence reviews are but two mechanisms for identifying and correcting such abuses. The applications in these 2021 prudence review cases call for a full accounting and broad investigation of fuel and power costs incurred in what was probably the most expensive calendar year ever for Oklahoma public utility customers.

Perhaps the most important question of all: Will the
Corporation Commission do its duty?