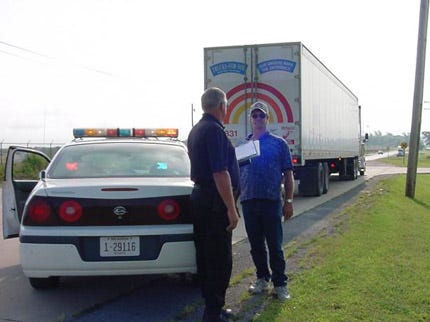 A monthly report shows that most of the more than 4,600 traffic citations written by Oklahoma Corporation Commission Motor Carrier officers in October involved Texas trucks on Oklahoma highways.

Corporation Commissioners were told this week the October total was 4,642 citations and 1,278 or nearly 28% were issued to Texas truckers. California truckers made up the second highest group and they represented more than 9.5% of the total number of citations.

Nearly 32% of the citations were for overweight vehicles.