Water to be a key topic for Kansas Gov. Laura Kelly 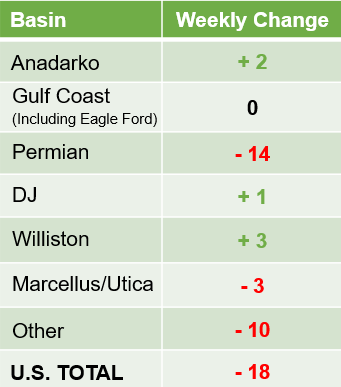 Enverus reported a drop of 18 rigs in its weekly rig count, explaining most of it was due to a big decline in the number of rigs drilling in the Permian Basin.

The national count fell to 868 for the week ended Nov. 16 reported Enverus on Thursday. It explained the count is down 3% in the past month but still 29% higher than a year ago.

The majority of the week-over-week decline is attributable to a 14-rig drop in the Permian, where 317 rigs are now running. Appalachia fell by three to 56 rigs.

The Gulf Coast and the Williston Basin each added three rigs for totals of 119 and 43 running. With the addition of two rigs, the Anadarko Basin hit a 2022 high of 85.

The DJ Basin notched an addition of one for 22 rigs. Outside of these major regions, the number of rigs running slid by 10 to 226.