Gas prices took another plunge in Oklahoma and the US Gasoline prices in Oklahoma dropped 16 cents in the past week, leading the way as the national decline was 12 cents.

The American Automobile Association reported Oklahoma’s price decline was among the 10 largest weekly decreases across the U.S.  Alaska led all states with a 30-cent plunge. Oklahoma was also among the 10 least expensive markets, reported AAA. The state’s average price this week is $3.02, tied for second lowest with Mississippi. Texas is lowest at $2.88 per gallon.

A week ago, Oklahoma’s average was $3.18 per gallon. This week’s average is 35 cents lower than one month ago but still seven cents higher than last year’s average of $2.95 per gallon. 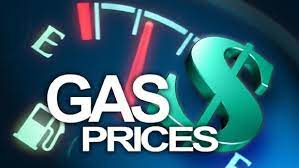 The town of Beaver and Beaver County in the Panhandle are home to the highest average in the state at $3.55 per gallon.

Shattuck in Ellis County in the northwest has the second highest average at $3.49 per gallon. They are among 16 counties with prices ranging from $3.22 to $3.55 per gallon.