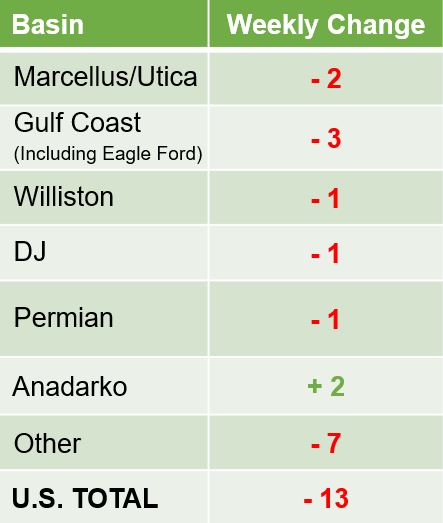 The U.S. rig count fell by 13 to a total of 878 during the week ended Oct. 5, according to Enverus Foundations data.

The count is up 1% in the last month and up 43% YOY. All numbers discussed are weekly peaks to avoid the sometimes wide variability of daily numbers.

The count previously included only rigs drilling for hydrocarbons but has been changed to include other rigs, such as those drilling injection or saltwater disposal wells. So far this year, the number of rigs drilling non-hydrocarbon wells has averaged 18, including two rigs in the Anadarko Basin, one in the Appalachian Basin, one in the DJ Basin, two in the Gulf Coast, one in the Williston Basin and six in the Permian.