Oklahoma rancher fights ‘for’ a wind farm, not ‘against’

Harold Hamm to complete his private takeover of Continental Resources 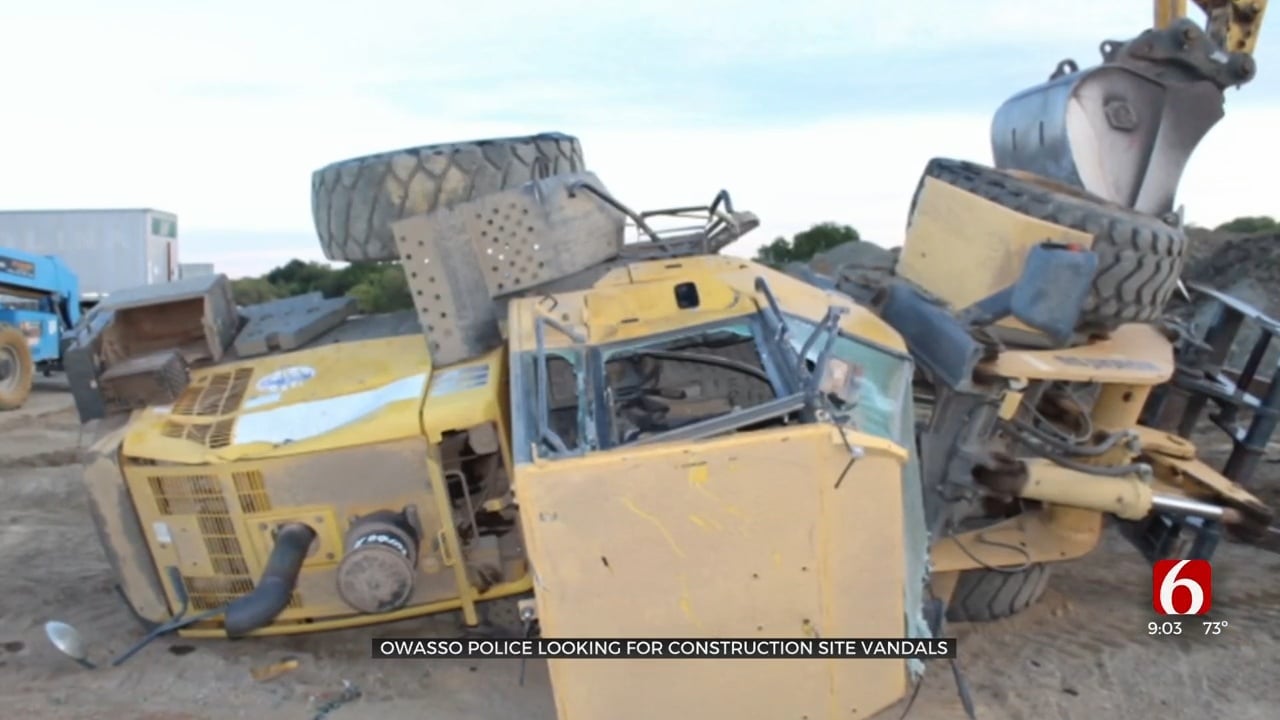 If it had involved an energy system such as a pipeline, the vandalism that occurred over the weekend to a construction site in Owasso would have involved a new state law.

Owasso police say whoever turned over a front-end loader and tore up shipping containers left a trail of damage totaling an estimated $500,000.

News on 6 reported that detectives are looking for the vandals who hit the site near 76th Street North and Memorial. A construction worker discovered the damage early Sunday morning.

“We responded and observed all kinds of damage out here at this construction site,” said Lieutenant Nick Boatman.

“There were overturned construction vehicles, obviously, the Conex boxes that hold a lot of their tools and equipment were turned over, damaged, and broken into.”

The vandals also damaged the asphalt roadway on Memorial Drive.

In 2017, then-Gov. Mary Fallin signed into law an act against protesters who damage oil and gas pipelines or trespass on energy firm’s property. Under the law, individuals could face a felony and a minimum $10,000 fine for trespassing. If the trespasser carries out vandalism, the fine goes up to $100,000 and a possible 10 years in prison.