Within 6 years, US is world leader in LNG exports

Long before the U.S. began exporting LNG from the lower 48 states in 2016, the issue was promoted by James Lankford, then a member of the U.S. House.

It was in the spring of 2013 when then-Rep. Lankford and other members of a bipartisan LNG Export Working Group applauded President Obama’s decision to authorize Freeport LNG, a Texas-based manufacturer, to export domestically produced liquefied natural gas to countries without a Free Trade Agreement with the U.S. 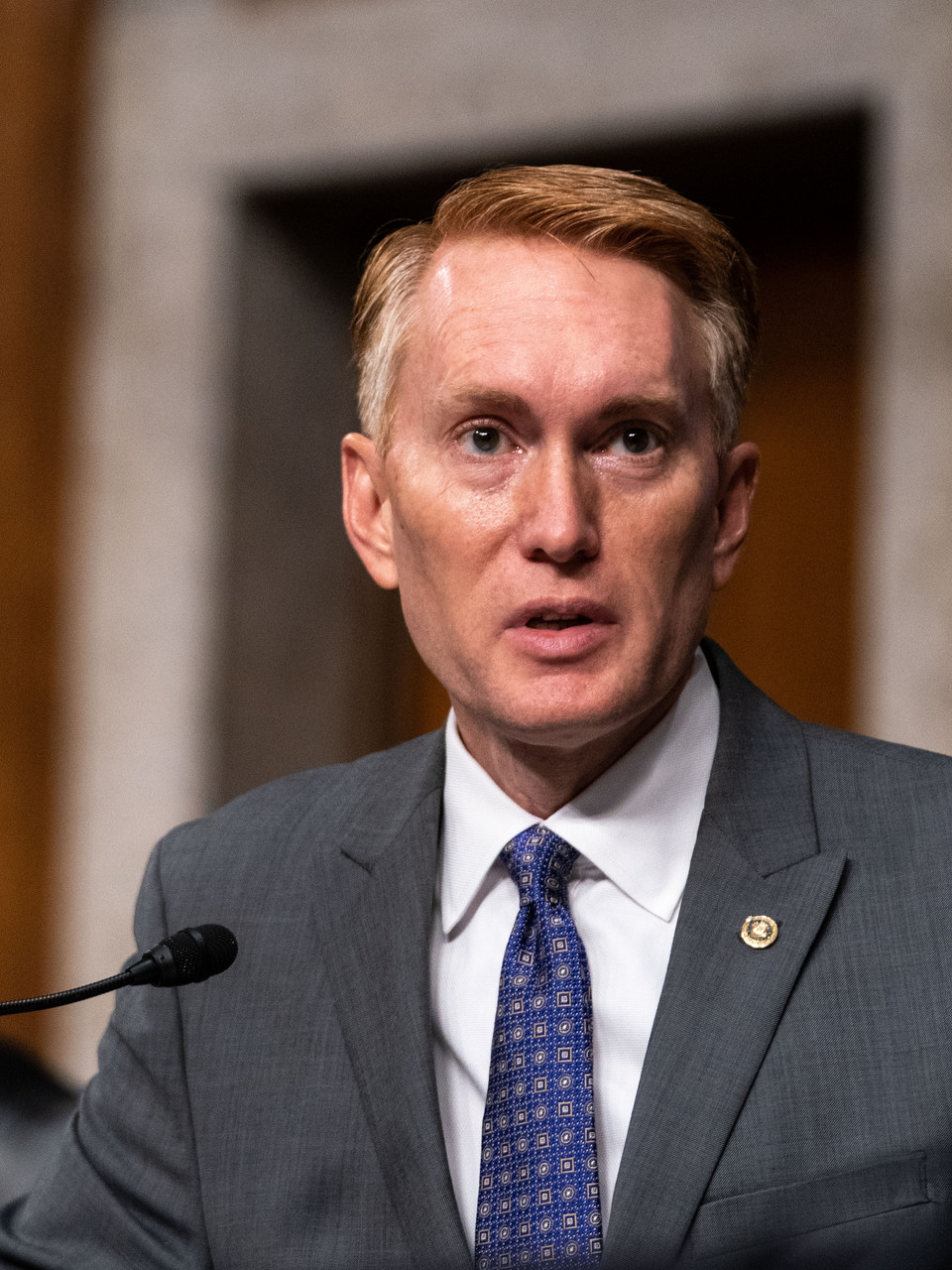 Obama’s decision came nearly 6 months after he told TIME Magazine, “The United States is going to be a net exporter of energy because of new technologies and what we’re doing with natural gas and oil.” He said the “energy (developments) could have a huge geopolitical consequence.”

Nine years later, the man described as a “swing’ vote in the U.S. Senate, Joe Manchin opposed so much exportation of LNG. In November of 2021, Sen. Manchin said the LNG exports were causing more harm than good.

““We’re not as insulated from high prices in natural gas as we once were,” US Sen. Joe Manchin (D-West Virginia) said at a Senate Energy and Natural Resources Committee hearing, a hearing that included now-U.S. Sen. James Lankford.

“Are we exporting more at the detriment of the US consumer, that we’re going to pay a higher price here so that companies we allow to export their products can make a higher profit overseas?” Manchin asked.

Lankford remained as staunch a supporter of LNG exports as he was in 2013.

“I think that would discourage more investment in the future,” Lankford said. “My perception of the markets is, as we’re developing more facilities to be able to export, we’re also developing more facilities here … if that went away — with the extremely low price you’ve seen for years now — none of that investment would have occurred and we wouldn’t be well positioned to continue to provide for our own needs.”

Despite Manchin’s opposition, the LNG exports, according to the EIA reached record levels in July of this year. Here’s how the EIA reported it this week:

U.S. LNG exports averaged 11.1 billion cubic feet per day (Bcf/d) during the first half of 2022. The seventh, and most recent, U.S. LNG export project—Calcasieu Pass LNG—placed all of its liquefaction trains in service by August, ahead of schedule. In addition to Golden Pass LNG, which started construction in 2019, two more projects on the U.S. Gulf Coast have recently begun construction.

Once completed, the three export projects under construction will expand U.S. LNG peak export capacity by a combined 5.7 Bcf/d by 2025:

The latest information on the status of U.S. liquefaction facilities, including expected online dates and capacities, is available in our quarterly database of U.S. LNG export facilities. 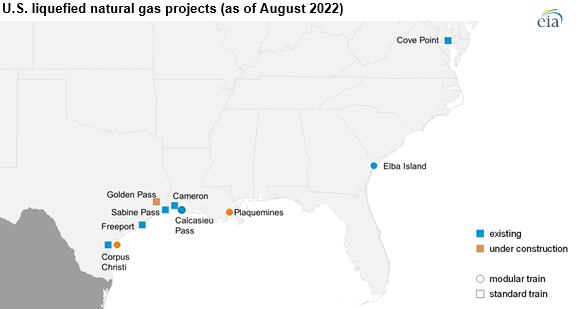