Crude fell again and so did Oklahoma energy stocks

Oklahoma had hottest summer in 11 years 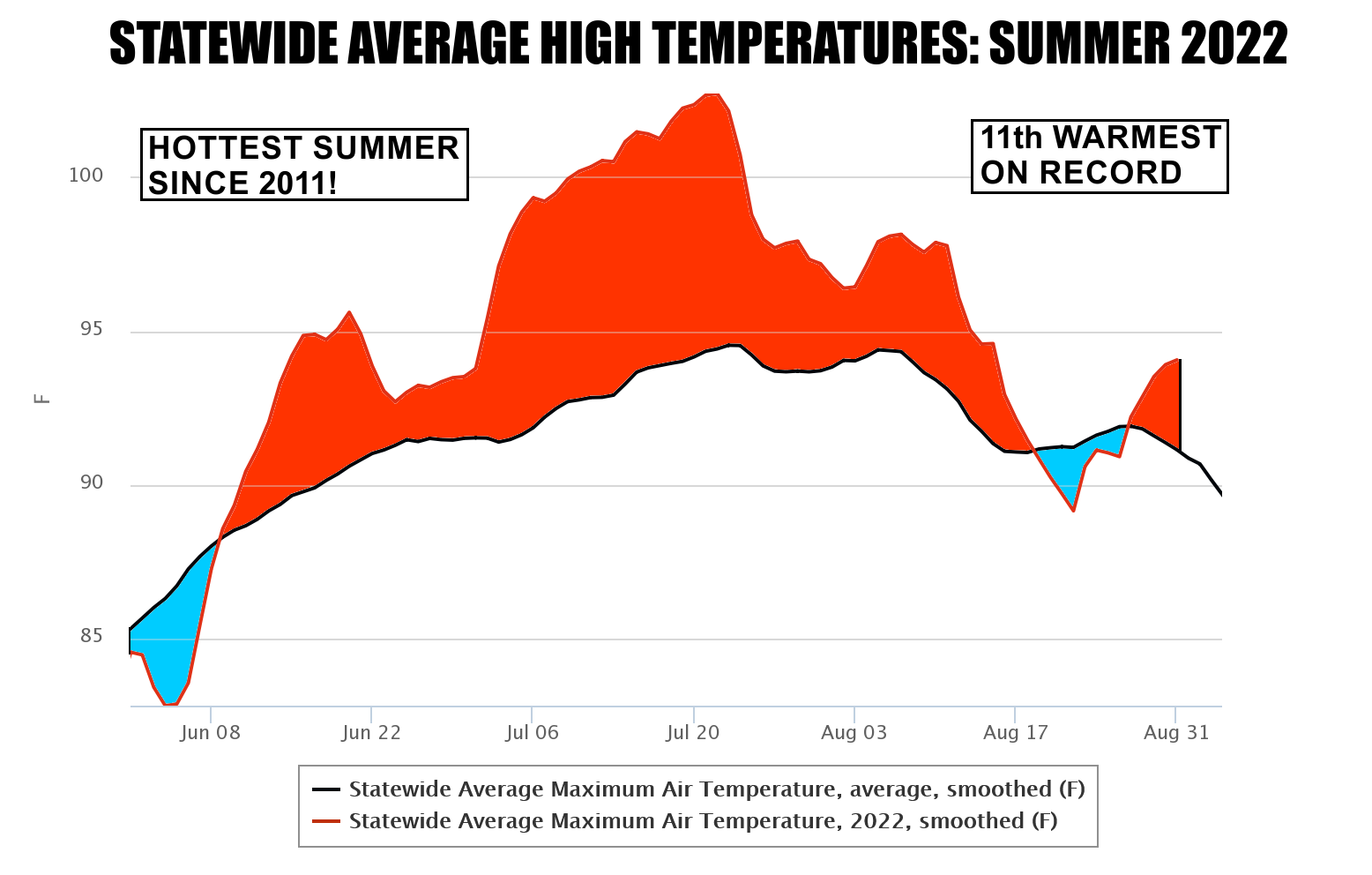 The Oklahoma Mesonet on Thursday reported Oklahoma just experienced its hottest summer on record since 2011.

The state finished August with a statewide average of 82.7 degrees according to Gary McManus, State Climatologist with the Mesonet.

“On the whole, August was still well above normal and contributed to the hottest climatological summer seen in the state since 2011. There was just enough rainfall to provide some drought relief near the end of the month, but not before the coverage of severe drought had expanded to its highest levels in the state since March 5, 2013,” wrote McManus in Thursday’s Mesonet Report.

He pointed out that more than 92% of Oklahoma was in a severe drought on August 9 but by the end of the month it had shrunk to about 88%. It resulted in extensive crop failures in the state, not to mention the sell-offs of cattle and one dry farm pond after another.

How dry was it?

“The statewide average precipitation total was 2.13 inches according to preliminary data from the Oklahoma Mesonet, 1.1 inches below normal and ranked as the 40th driest August since records began in 1895,” continued McManus.

He explained that 32 of the Mesonet’s 120 sites failed to reach even one inch of rain during the month while 28 sites saw 3 inches or more.

As for the heat?

“The statewide average temperature finished at 81.9 degrees, 1.1 degrees above normal and ranked as the 46th warmest August on record dating back to 1895. Temperatures peaked early in the month with Hollis hitting the month’s high mark at 110 degrees on Aug. 4. Triple-digit temperatures occurred on 18 of August’s 31 days, and were recorded 826 times at Mesonet sites during the month,” stated McManus.