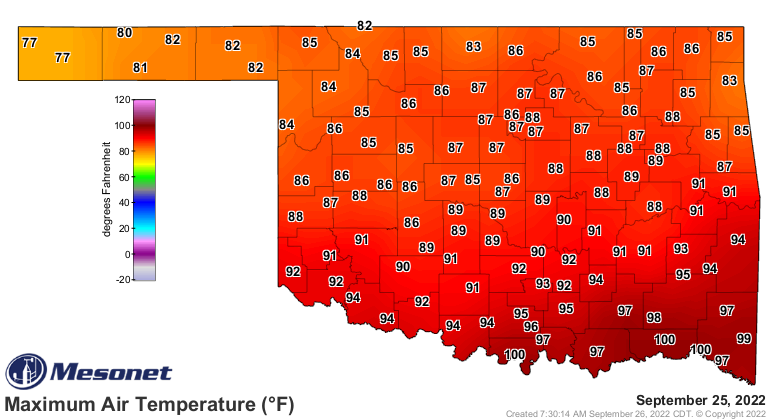 As temperatures in Oklahoma slowly drop into the 80s and low 90s, there’s still a growing threat.

Lack of rainfall. It means increased chances of wildfires in the state according to State Climatologist Gary McManus. Writing this week in his Mesonet report, McManus said fire dangers will grow as vegetation starts to die and go dormant.

“So our normal fire season that starts later in the fall will be here a bit early thanks to the drought inducing forced dormant and dead vegetation, or fuel loads. We don’t have to wait for that first killing frost, the drought is taking care of that,” he stated. 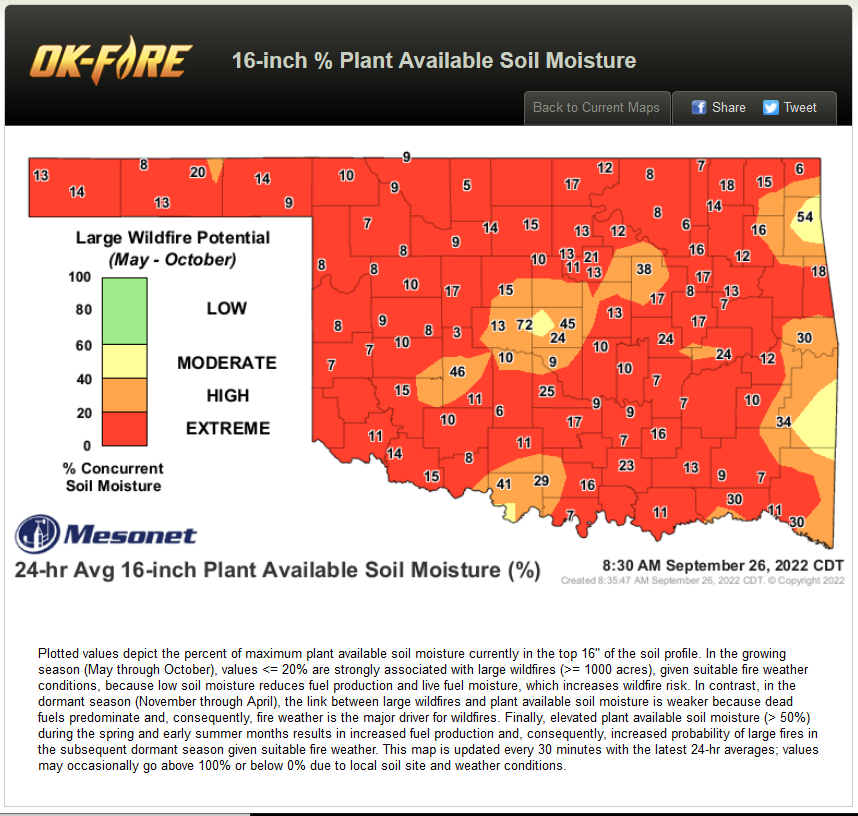