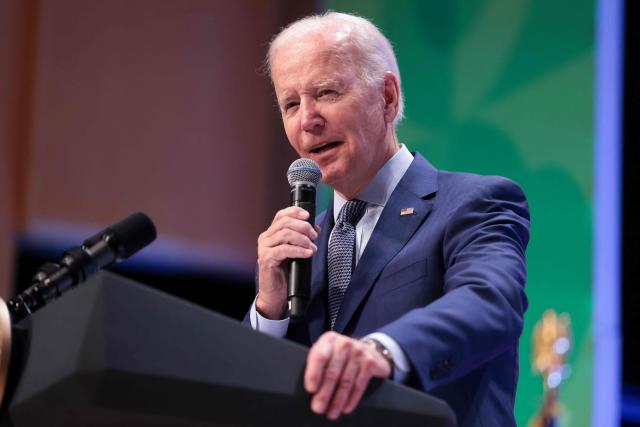 He wouldn’t phone Florida Gov. Ron DeSantis ahead of the arrival of Hurricane Ian to inquire about storm preparations,  but President Biden on Wednesday made sure to get his digs into the side of the oil and gas industry.

“A warning to oil and gas industry executives: Do not — let me, repeat, do not — do not use this as an excuse to raise gasoline prices or gouge the American people,” he announced during a speech at the White House Conference on Hunger, Nutrition, and Health.

He added more fuel to his continued attack on the industry, an attack he first launched on the first day he took office in 2021.

“This small, temporary storm impact on oil production provides no excuse — no excuse — for price increases at the pump,” Biden continued. “None. If companies try to use this storm to raise prices at the pump, I will ask officials to look into whether price gouging is going on.”

What he apparently didn’t realize is that most “big oil” companies no longer have gasoline stations. They’re owned by independents and smaller companies so if there is any price increases, it’s on them, not really the oil and gas companies.

Trade groups responded to his warning. The American Petroleum Institute declared, “Gasoline prices are determined by market forces — not individual companies — and claims that the price at the pump is anything but a function of supply and demand are false.”

Another response came from the American Fuel and Petrochemical Manufacturers Association which explained the biggest factor in fuel prices will be the onshore effects of the storm.

“Our country has seen time and again that major storms and often-correlated runs on gas stations can have a swift impact on prices,” stated Ericka Perryman, a spokeswoman for AFPM.

“Already in Florida, some key areas are functioning with roughly 20 percent of retail stations either out of gas or out of power. That means there is less supply overall and some temporary inability to access supplies in certain Florida communities where there is, at present, heightened local demand.”